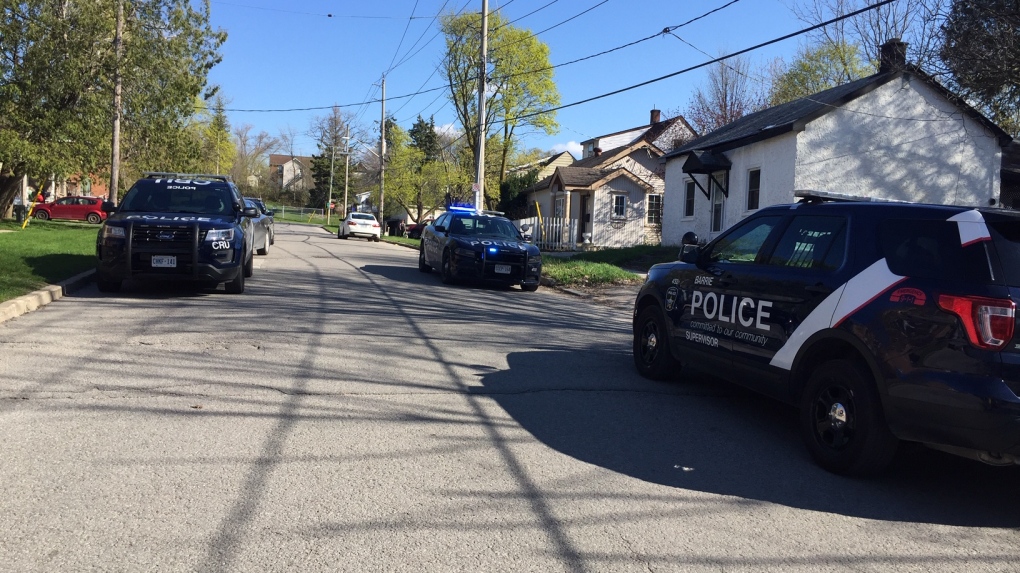 Barrie police units are parked along Berczy Street in Barrie responding to a weapons call on Wed., May 15, 2019 (CTV News/Steve Mansbridge)

Police responded to a 9-1-1 call at an apartment building in Barrie on Wednesday afternoon.

Police say there was an altercation of some sort between a woman and three others at a three-storey walk-up apartment building on Berczy Street in the city’s east end around 5 p.m.

The woman was arrested on an outstanding warrant.

The other three people involved were also arrested but two were later released. One man faces a weapons-related charge.

Police say there is no threat to public safety.