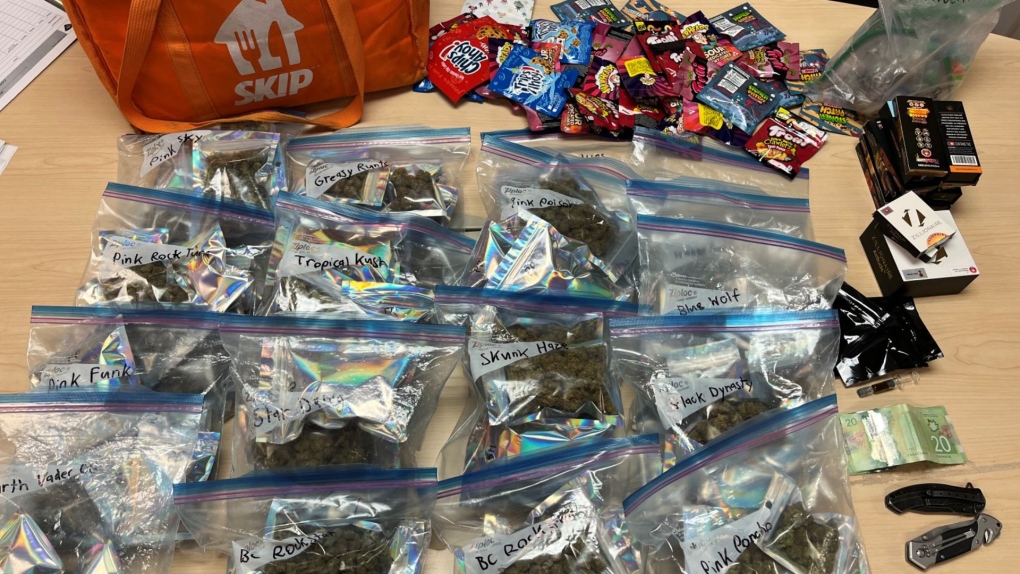 OPP arrested a Toronto man after a routine traffic stop on Highway 89 in Mono on Sunday.

Police say officers determined the man was driving with a suspended licence.

They say a further investigation of the vehicle turned up several bags of cannabis, a quantity of cash, two prohibited weapons, cellphones, packages of edible cannabis, cannabis vape pens, and cannabis hashish and resin.

The 23-year-old man was charged with possession of cannabis and illegal weapons as well as driving while under suspension.

The accused has a February court date in the Ontario Court of Justice in Orangeville.