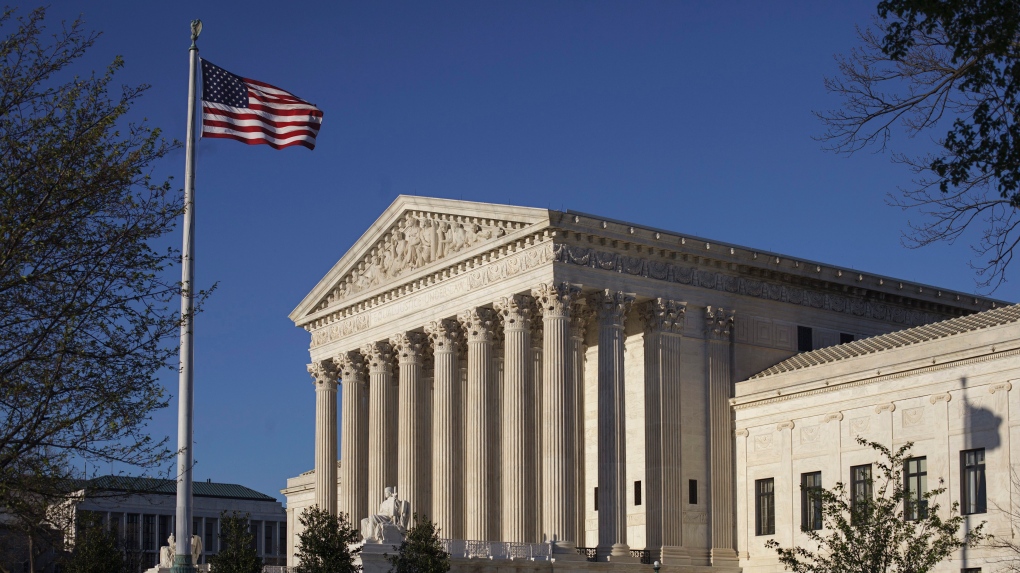 In this April 4, 2017 photo, the Supreme Court Building is seen in Washington. The Supreme Court is ordering Washington courts to take a new look at the case of a florist who refused to provide services for the wedding of two men because of her religious objection to same-sex marriage. (AP Photo/J. Scott Applewhite, File)

The Ontario doctors who previously charged the most to the province's health system may soon have their names released to the public, a Supreme Court decision suggested Thursday.

Canada's top judicial body issued a brief ruling declining to hear an appeal from the Ontario Medical Association and two groups of physicians who have spent years fighting to keep the names of -- and amounts charged -- by some of Ontario's top-billing doctors out of the hands of a major newspaper.

The Supreme Court, in keeping with custom, did not release reasons for its refusal to hear the case. But its decision means a 2018 ruling from the Ontario Court of Appeal still stands.

Toronto Star reporter Theresa Boyle had previously made a freedom-of-information request to the province's health ministry for the names of the top 100 physician billers to the Ontario Health Insurance Insurance Plan between 2008 and 2012.

The Ministry of Health made only a partial disclosure and did not include the names or some specializations of the doctors in question.

Boyle successfully appealed to the provincial information and privacy commissioner, who ordered full disclosure of the records on the grounds that the details she sought did not constitute personal information.

The doctors groups then took their fight to court, where subsequent decisions were handed down in Boyle's favour. The most recent of those came last August when the Court of Appeal -- Ontario's top court -- dismissed the challenge from the doctors.

The three-judge panel that heard the case agreed previous decisions had correctly ruled that information such as names and financial details disclosed in connection with professional activities did not count as personal information, since they were distinct from a person's private life.

"In our view, where, as here, an individual's gross professional or business income is not a reliable indicator of the individual's actual personal finances or income, it is reasonable to conclude not only that the billing information is not personal information . . . but also that it does not describe 'an individual's finances 1/8or 3/8 income,"' the decision read.

A spokesperson for the Ontario Ministry of health declined to offer specific comment on the Supreme Court's decision to uphold the Court of Appeal's ruling, but said the issue of billing disclosure is on its radar.

"The ministry is working with the Ontario Medical Association to look at how physician billings might be disclosed in the future, but those are very early discussions," said a statement from the ministry.

The Ontario medical Association declined to comment specifically on the Supreme Court decision, but said amounts billed to OHIP demonstrate doctors are performing their duties.

"Every billing represents a distinct health care service delivered to patients in Ontario," the Association said in a statement. ". . . Every billing submitted means one more Ontario resident treated, and one fewer patient waiting for a needed service."

Toronto Star Editor Irene Gentle cast the Supreme Court's decision as a victory for government transparency and accountability to the public.

"The Star fought for five years (with several previous rulings in our, so your, favour) for your right to know how your health dollars are spent," she wrote in a tweet. "The public interest question is settled."