Santa Claus is coming (back) to town

Santa Claus is coming (back) to town 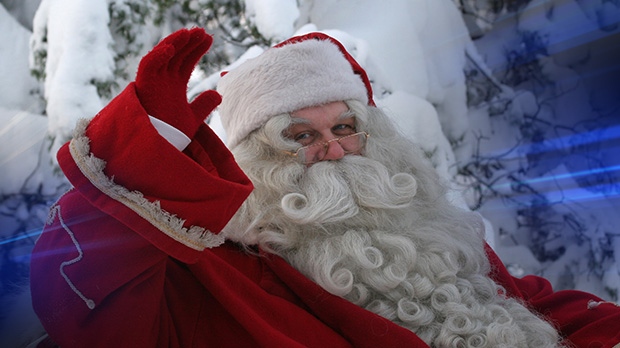 Holiday traditions are the theme for this year's Santa Claus parade.

After a two-year pandemic-related hiatus, Barrie's tradition of hosting Santa in the Santa Claus parade will continue on Barrie on Sat., Nov.19.

"We've heard on good authority that he is very excited to return to the parade and see the smiling crowds once again," said Paul Markle, executive director of the Chamber of Commerce.

"We're finally able to get back to a traditional normal Santa Claus parade – really glad to be able to do it. Nothing feels quite the same as getting this one up and going," he said.

Santa will be returning to his original route through the downtown streets of Barrie.

Santa's parade route will begin at Tiffin and Bradford streets. He will then head north on Bradford to Dunlop streets, then through downtown Barrie, ending at Poyntz St. & Dunlop St. East.

At the end of the parade, Santa will join the Barrie BIA at Meridian Place to kick off the Noella Festival with a tree-lighting ceremony and entertainment.

The Rotary Club of Barrie will simultaneously be lighting up the waterfront by flicking the switch for the annual Festival of Trees in Heritage Park.

Rumour has it that there might be fireworks involved.

The parade is hosted by the Barrie Chamber of Commerce in partnership with the City of Barrie and Downtown Barrie BIA.

Barrie businesses, organizations and charities are encouraged to register for a float in the holiday traditions theme and help spread some holiday cheer.

Register online to the Barrie Chamber of Commerce's website to participate in the parade.

For parade information please reach out to the Barrie Chamber of Commerce at 705-721-5000.

A veteran and former Paralympian told a parliamentary committee that a caseworker from the Veterans Affairs Canada offered her medical assistance in dying, a week after the veterans affairs minister confirmed that at least four other veterans were offered the same thing.

As Canada enters the fifth week of the flu epidemic, influenza activity is rising, with mainly young children and older adults facing the brunt of the strain, according to the latest FluWatch report.

'Maybe the bully could do some good': Canadian actor on fundraiser, and sale of 'A Christmas Story' house

Located in Cleveland, Ohio, the house featured in the holiday film 'A Christmas Story' is up for sale. Leg lamp and all.

FBI Director Chris Wray is raising national security concerns about TikTok, warning Friday that control of the popular video sharing app is in the hands of a Chinese government "that doesn't share our values."

Myanmar's military-installed government has sentenced more critics to death, bringing the total to 139, and is using capital punishment as a tool to crush opposition, the UN high commissioner for human rights said Friday.

Prince William capped a three-day visit to Boston by meeting with President Joe Biden to share his vision for safeguarding the environment before attending a gala event Friday evening where he sounded an optimistic tone about solving the world's environmental problems through "hope, optimism and urgency."

Pentagon debuts its new stealth bomber, the B-21 Raider

America's newest nuclear stealth bomber made its debut Friday after years of secret development and as part of the Pentagon's answer to rising concerns over a future conflict with China.