A 29-year-old Bradford man is sentenced to 10 years in prison for a series of robberies, some of which involved a knife or ice pick.

Robert Collings is depicted as the architect of the pharmacy burglaries that occurred in five different municipalities over three months nearly three years ago.

His co-accused, Cole Boardman, was sentenced to two-years-less-a-day for his role in one of the robberies.

Neither man had a previous criminal record.

The duo was caught in the act on surveillance video storming into a Bradford pharmacy on Halloween in 2016. The footage shows Boardman wielding a knife and pushing two women, while Collings empties the store's safe, stuffing narcotics, including fentanyl, morphine and Percocets into his duffel bag. 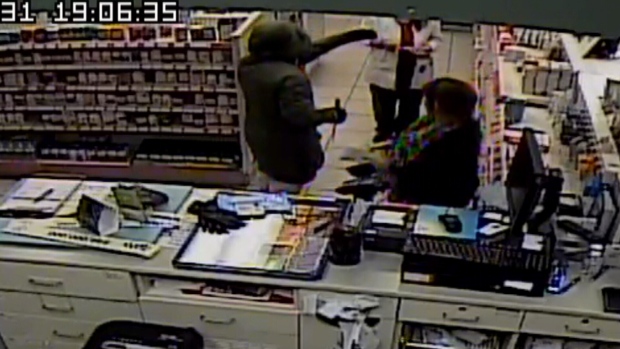 The men were in and out of the pharmacy in less than a minute.

That would be Boardman's only robbery. 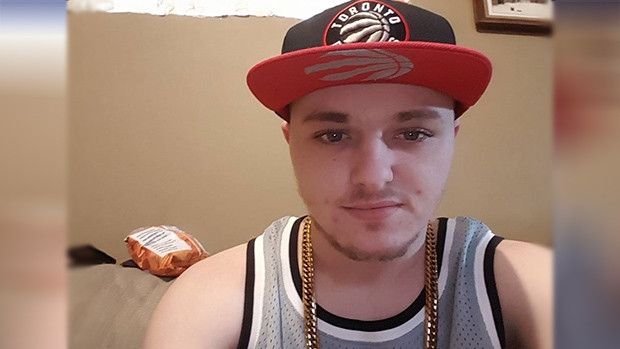 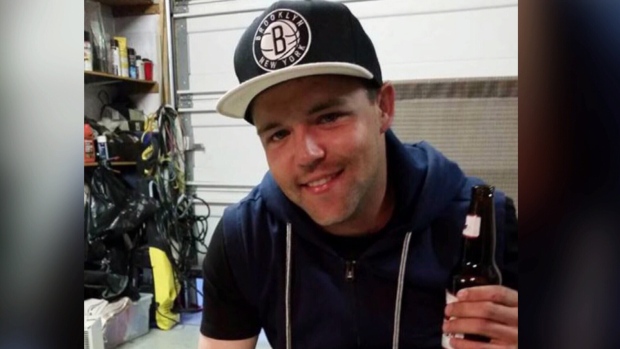 Collings, however, would commit four more, in Nobleton, King City, Schomberg and Keswick. He quickly became known as the Santa Claus Bandit for wearing a Santa hat and white beard during two of the crimes. Cell phones seized by police from both men show Collings would Google search for any news about 'bad Santa' in the hours that followed. 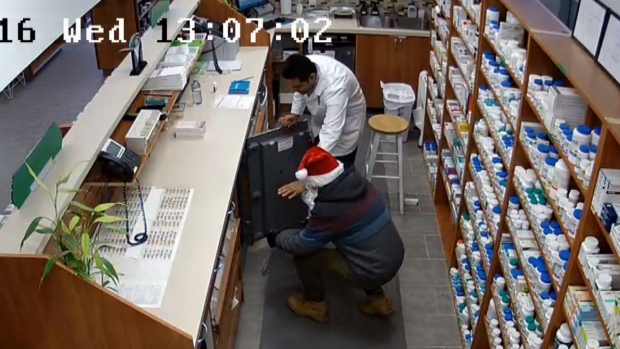 Collings wore a Santa hat and beard during a robbery in Nobleton on Dec. 7, 2106.

"His criminality was ego-driven," Justice Jonathan Bliss told the court. "The acts were about money. It was about selling what he stole, and it was about the lifestyle that he wished to have."

Boardman, then 21-years-old, soon confessed to police while Collings was arrested in January 2017 after a high-speed chase in Keswick following his final pharmacy robbery.

The judge wrapped up his sentencing by wishing the men well, telling both to turn their lives around after serving their time behind bars.