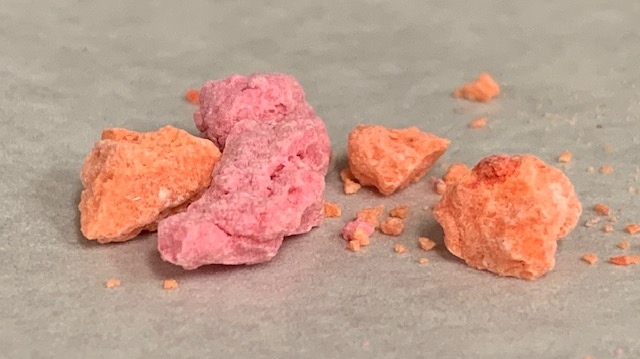 BARRIE, ONT. -- A recent overdose in Newmarket led police to discover a new strain of the dangerous drug, fentanyl, that they said was new to investigators.

According to York Regional Police, the fentanyl was orange and pink and mixed with nicotine oil before being consumed through a vape pen.

Police warn that two milligrams of fentanyl - the equivalent of four grains of salt - is enough to kill the average adult. Combined with alcohol or other drugs, the risk of death increases.

There are concerns the vape pen consumption posing a serious risk to public safety, especially if residents aren't aware of the exact contents.

Police say someone showing signs of a fentanyl overdose may have slow, irregular and shallow breathing, pinpoint pupils, muscle stiffness, seizures and unconsciousness.

Higher doses of the antidote naloxone are needed to treat an overdose.