The City of Orillia said the project would better connect the waterfront to the downtown area.

For business owners, the road closures and construction are causing some difficulties, but as Studabakers Beachside owner Joe Winacott noted, it's a short-term pain for long-term gain.

"New walk ways, new roads, new lights... so it's gonna be modern where we are right now, so we do have to look towards the future and not right now," Winacott said. 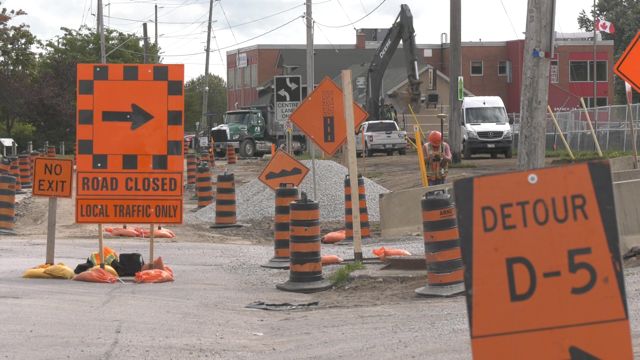 Heavy construction was delayed to allow people to utilize the popular waterfront during peak season, which was welcome news to Winacott.

"It was supposed to start on August 2nd in the summertime, which would've killed business for sure for us here, so we are fortunate it got pushed back a month or so," he said.

Sunray Group of Hotels cluster manager Shan Wickremasinghe said the delays helped business boom this summer. "Occupancy in the hotel was pretty high, and there was a lot of traffic down here. The LCBO, the restaurants, the hotel. I'm glad it started after Labour Day."

Winacott noted the City is working to help local businesses with signage to let customers know they are open. "So basically, it's just communication letting them know we are here."

The City had aimed to sandwich phase two of the project in between summers. The initial hope was to have it completed before the May long weekend. That target has now been pushed to June 2023.