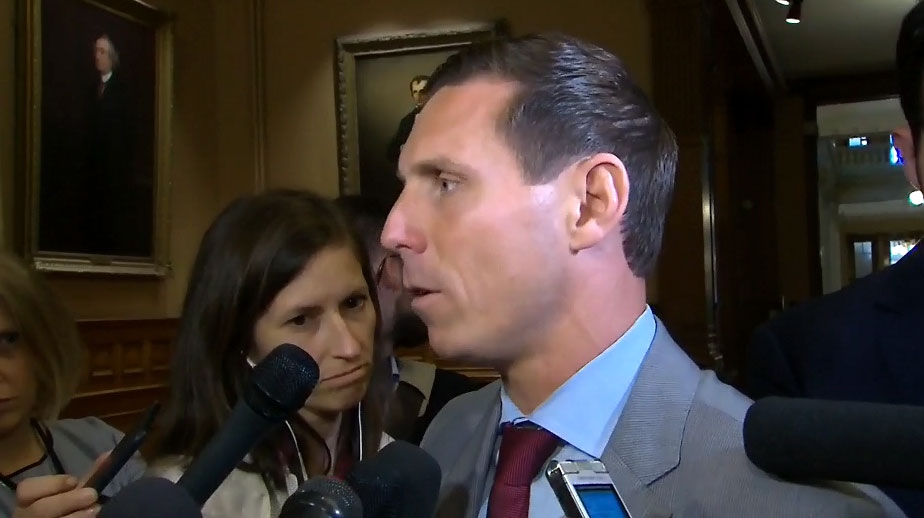 Wynne took another step toward a defamation lawsuit against Progressive Conservative Leader Patrick Brown last week after he refused to retract comments suggesting she is personally on trial.

Wynne's lawyer first demanded in a letter last month that Brown withdraw comments he made a day before the premier testified as a witness at a trial in Sudbury, Ont., involving two provincial Liberals facing Election Act bribery charges.

Brown had told reporters he hoped Wynne would give answers about the scandal "maybe when she stands trial" and went on to describe her as a "sitting premier, sitting in trial."

A letter today from Brown's lawyer to Wynne's says his statements weren't defamatory and he will not be "distracted" from his duty as Opposition leader.