The official start of summer is days away, and police in Wasaga Beach say they are ready with an increased presence for the first restriction-free summer since 2019.

Provincial police say there will be "zero tolerance" and "consequences" this summer after last year's incidents at the popular destination.

One year ago, in two separate stabbings, a Mississauga man died at Beach Area 1, and just days later, two 18-year-old men were hospitalized.

In the past two years, thousands revved into town for unsanctioned car rallies prompting police and bylaw to show up in full force. 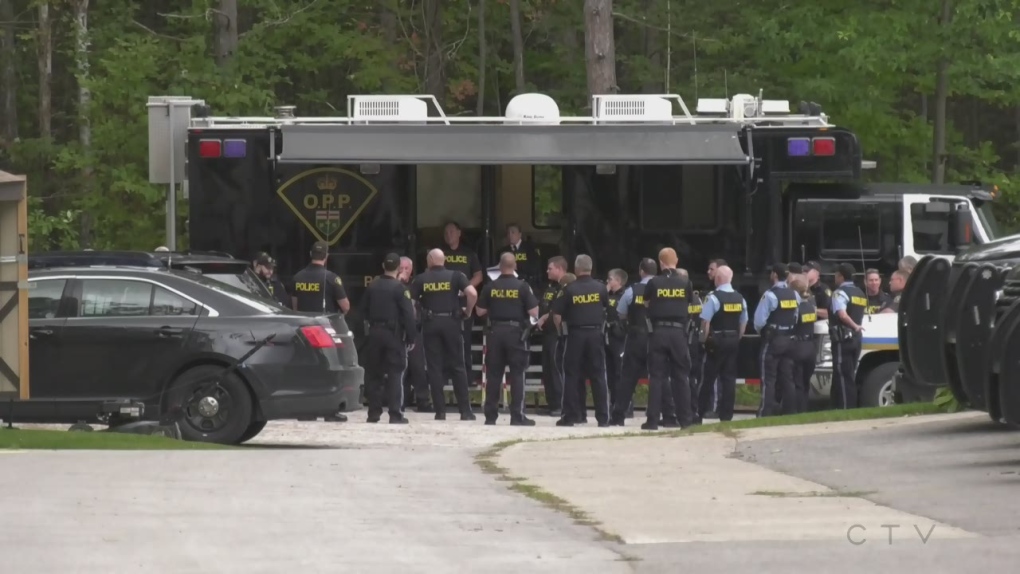 Provincial police officers gather in Wasaga Beach, Ont., on Fri., Sept. 24, 2021, ahead of an unsanctioned car rally over the weekend. (Rob Cooper/CTV News)

For the local fire department, it's business as usual, with Fire Chief Mike McWilliam reminding everyone to take every precaution while enjoying a day at the beach.

"Watch for those offshore breezes when you're on the beach and don't be out on inflatables or on paddleboards if it's really a strong offshore breeze cause you just won't make it back in."

Police, the town and Ontario Parks teamed up to prepare for the anticipated influx of visitors.

OPP says it is stepping up officers on foot patrol, ATVs, motorcycles, and on the water.

"There will be zero tolerance for impaired driving or any illegal activities in any area of our community," police stated.

Family members, friends and veterans gathered Sunday to pay their respects and remember the lives of Albertans who died while fighting in peacekeeping missions and support operations around the world.