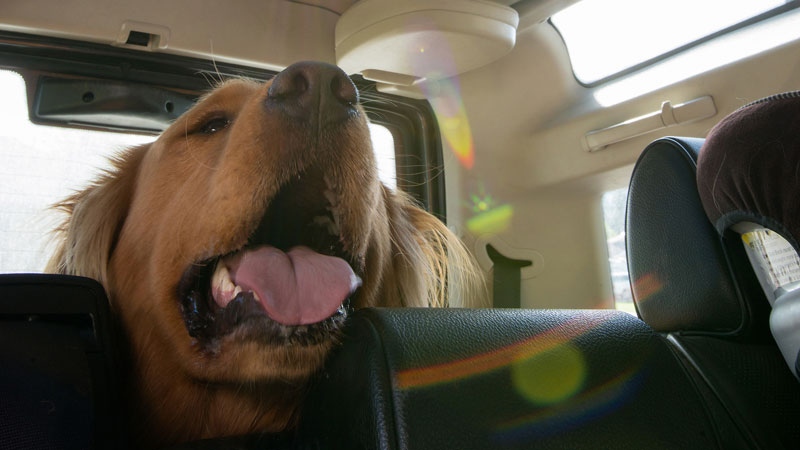 Dogs can't sweat the way humans do, meaning they're not able to deal with hot temperatures for very long. (BC SPCA)

Provincial police in Alliston are reminding residents not to leave their dogs in cars after receiving 18 calls reporting such incidents so far this summer.

They say they've spoken with a veterinarian, who told police that when animals are left in vehicles it can turn deadly fast.

Police say the vet told them that an animal that's left in a vehicle for just 10 minutes when it's 20 degrees Celsius outside can experience brain swelling or heat stroke.

Officers are asking anyone who sees an animal in distress in a vehicle to call 911.

They're also asking people to leave their pets at home on warm, sunny days.