Ontario is building a memorial to honour veterans of the war in Afghanistan that will include a stone from an Inukshuk that stood at Kandahar Airfield as a tribute to fallen soldiers.

Premier Doug Ford unveiled the design of the monument today and says it will help future generations remember Canada's role in that war and the 158 Canadian soldiers who died.

The government plans to have the monument ready for next Remembrance Day and it will be built on the south lawn of the legislature within the existing Ontario Veterans' Memorial. 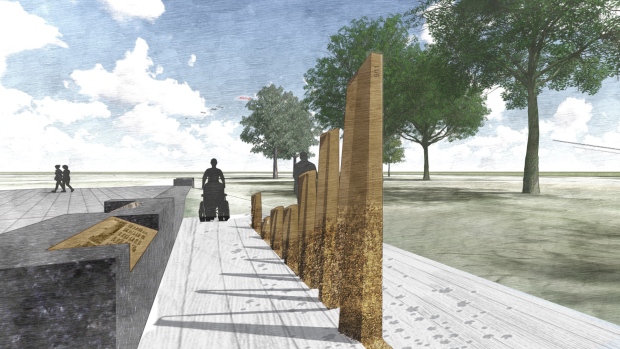 A pattern of bronze maple leaves will be inlaid in the pavement, connecting the two memorials.

Retired Gen. Rick Hillier, who led a consultation panel for the design of the memorial, says he believes it will touch every veteran who served in Afghanistan as well as their families.

Heritage Minister Lisa MacLeod says the memorial will provide a space for Ontarians to show their respect and gratitude to the Canadian soldiers who served in the war in Afghanistan.

This report by The Canadian Press was first published Nov. 8, 2019.