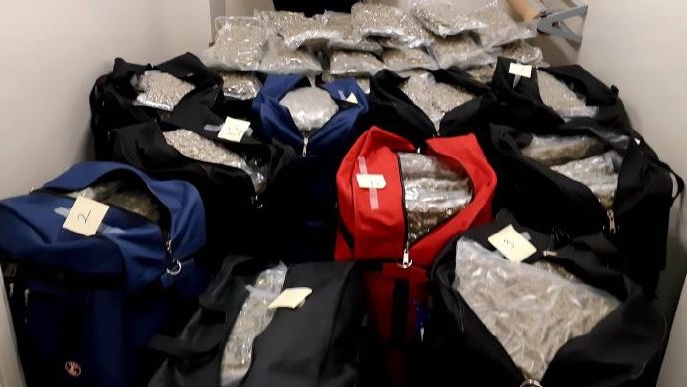 Police say they found nearly 360 pounds of cannabis after a routine traffic stop in Markham.

They say that while the officer was speaking with the driver and passenger, they noticed multiple duffel bags throughout the van.

Police say that the bags contained 359 pounds of marijuana.

They say two Quebec men have been charged with possession of cannabis for the purpose of trafficking.