Plans for a $3.3 billion hydro-electric project in Meaford are still in the early study stages, but some residents have concerns about what it might mean for the environment.

A one-year permit was granted for TC Energy Corporation (TC Energy) to begin studies on the proposed location back in May. Local municipalities were informed of the project in June.

TC Energy is proposing to have a pumped storage project at the 4th Canadian Division Training (4CDTC) Meaford property, which is on federal lands.

A letter sent to local municipalities explains that the plan is to balance supply and demand on the electrical grid by pumping water uphill during off-peak hours. It would then release the water back into Georgian Bay during peak periods, generating up to 1,000 megawatts of electricity. 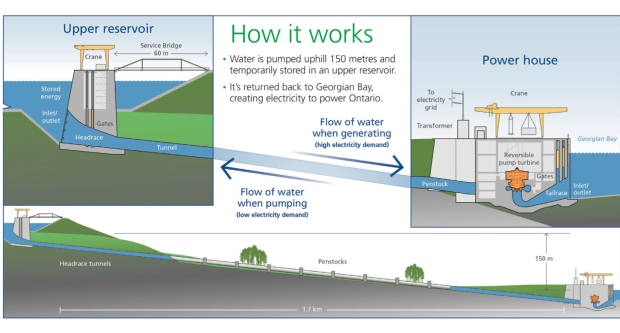 The project is expected to create 800 jobs over four years of construction, in addition to long-term operational positions.

According to the company's website, the proposed pump station would require a large reservoir on the military base, a generating station, transmission lines, and a break wall 850 metres from shore. 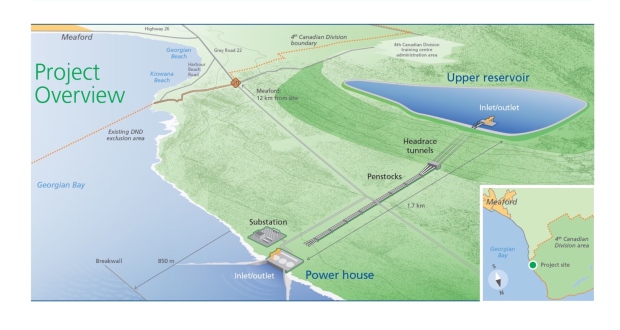 Some residents fear the project will threaten the bay, the fish, and the region's drinking water.

Meaford's mayor says the town has no jurisdiction on federal lands, but that a list of concerns has been forwarded to the company.

TC Energy will tackle preliminary engineering and environmental studies to determine the feasibility of the proposed location, which could take up to two years.

Once the assessments are done, they need to be presented to the government for further review and approval.

TC Energy's website states that the company anticipates construction to begin in 2022 if it gets all the go-ahead, with the plant to begin operations four years later.

Input from residents is being collected until April 2020.