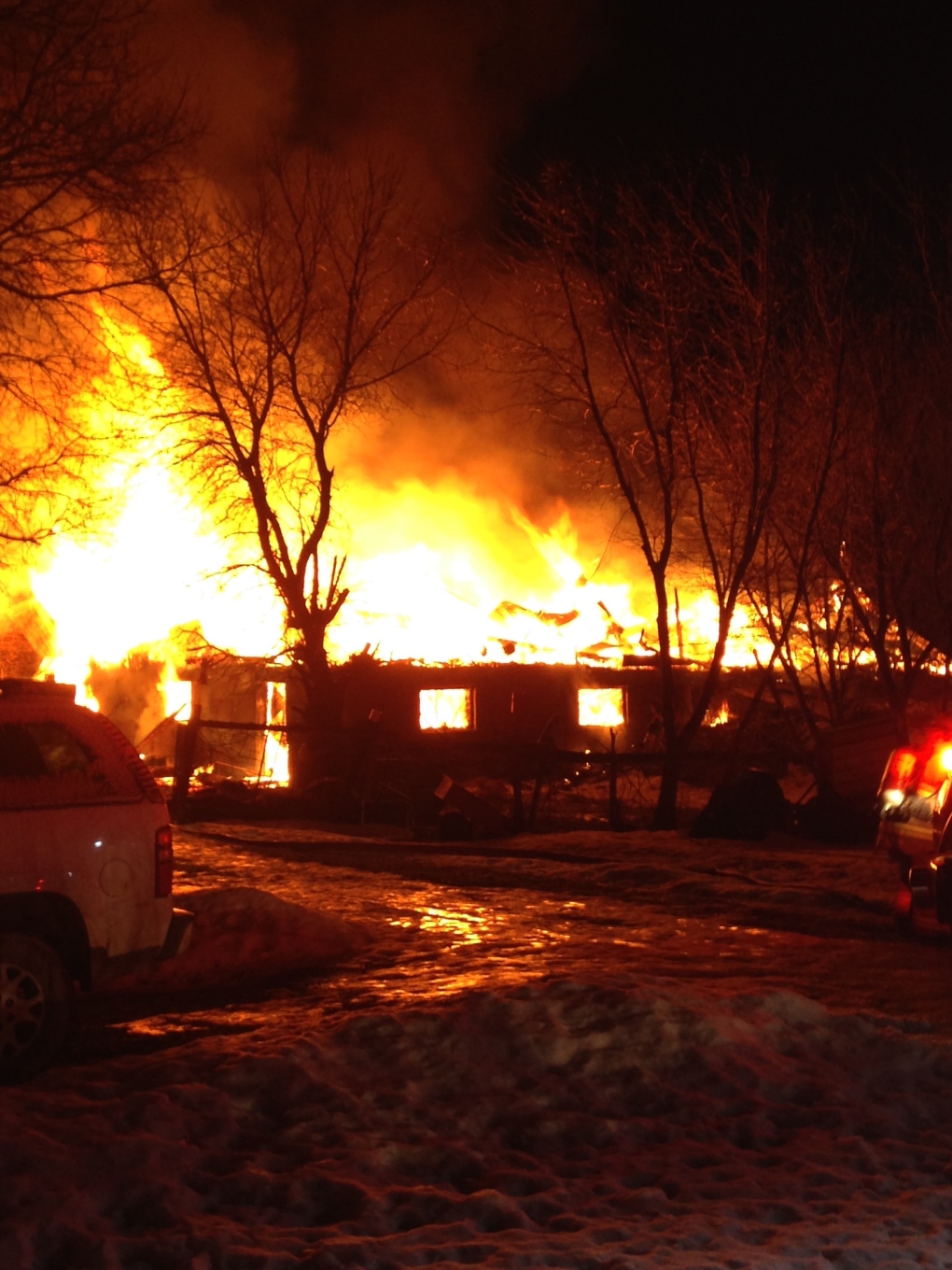 The fire broke out shortly after 2 a.m. at a farm on Concession Road 2.

By the time anyone knew what was happening it was too late.

"We came out, it was completely engulfed," said owner Jim Small. "We looked at trying to get the horses out, but no."

Responding firefighters saw the flames light up the sky from as far as four kilometers away. Crews knew the odds were against them saving anything in the century old barn.

"These barn fires are difficult fires to fight, the wood is old it very dry, there are many void open spaces  so if we have any wind at all it can get the fire going quite quickly," said deputy fire chief Dave Flewelling. "About thirty seconds after I arrived it did collapse."

A boat, beekeeping equipment and maple syrup equipment was also lost in the blaze.

The family has some insurance, but not nearly enough to cover their losses.

"It won't bring them back - it probably won't rebuild the barn either, but we will get there," said Small.

The community has setup a GoFundMe account to help the family rebuild.