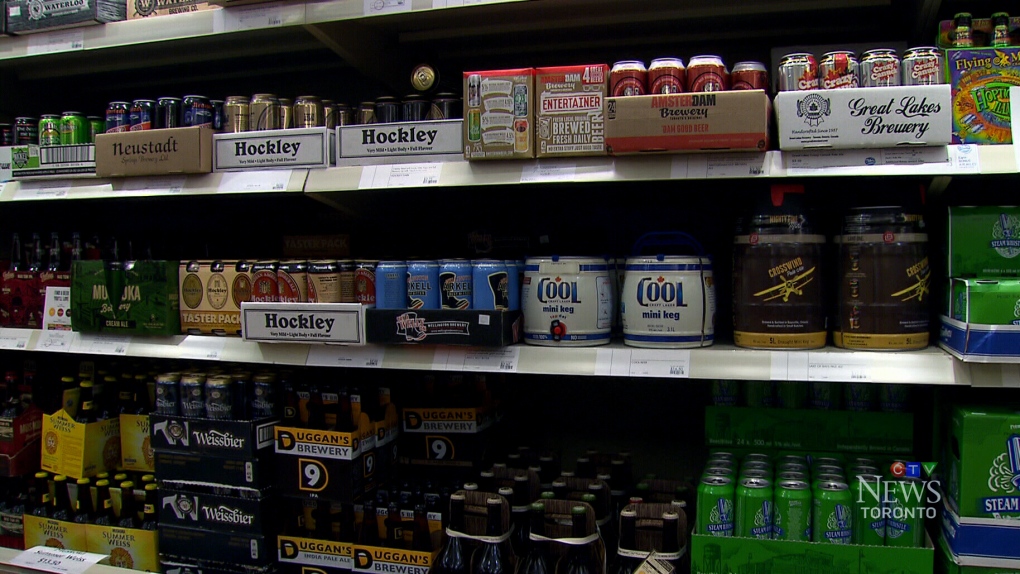 TORONTO - A Centre for Addiction and Mental Health study of substance use among Ontario Grade 7 to 12 students has found that alcohol remains teens' most popular drug of choice.

The 2015 survey found that 29 per cent of 12th-graders reported engaging in hazardous drinking, and more than a quarter of adolescents said they were allowed to imbibe at home with friends.

An estimated 18 per cent of the 10,426 students surveyed reported binge drinking, defined as having five or more drinks on one occasion, at least once during the month prior to the survey.

Senior scientist Robert Mann says although the proportion of students consuming alcohol has dropped significantly over the last 15 years, the rates are still considered "very high."

The province-wide survey also found that one in five students reported using cannabis in the past year, with the highest use among 12th-graders.

Responses showed that 12 per cent of students reported puffing on electronic cigarettes, compared to nine per cent who smoked regular tobacco cigarettes.