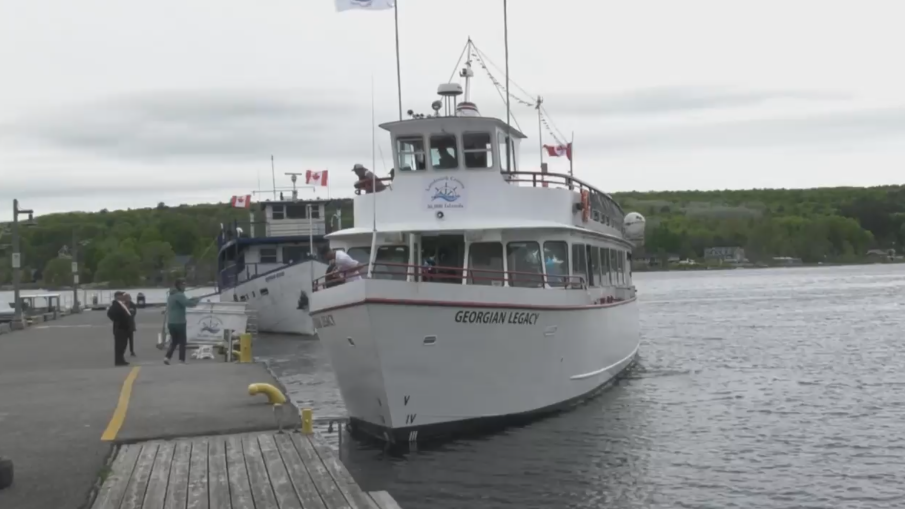 The Georgian Legacy, formerly known as the Miss Midland, had its maiden voyage under its new identity on Sat. May 21, 2022 (Steve Mansbridge/CTV News Barrie)

On Saturday, a cruise with deep routes in the southern Georgian Bay area had its first voyage under its new identity.

The Georgian Legacy, formerly known as the Miss Midland, set sail from the Penetanguishene Harbour, its new home, for the first time on Saturday.

Lee purchased the ship in February of 2021. With most of its offerings based in the Tobermory area, the ship has expanded its reach to the southern portions of Georgian Bay.

Lee says they've formed a strong relationship with the town, with plans on staying in the community for years to come.

"We have a program in place to give back portions of our ticket sales to the community of Penetanguishene, and we're looking forward to that to seeing who can be helped in the community here," says Lee.

The new route will take just under three hours, taking riders to the west side of Mosely Island and Honey Harbour.