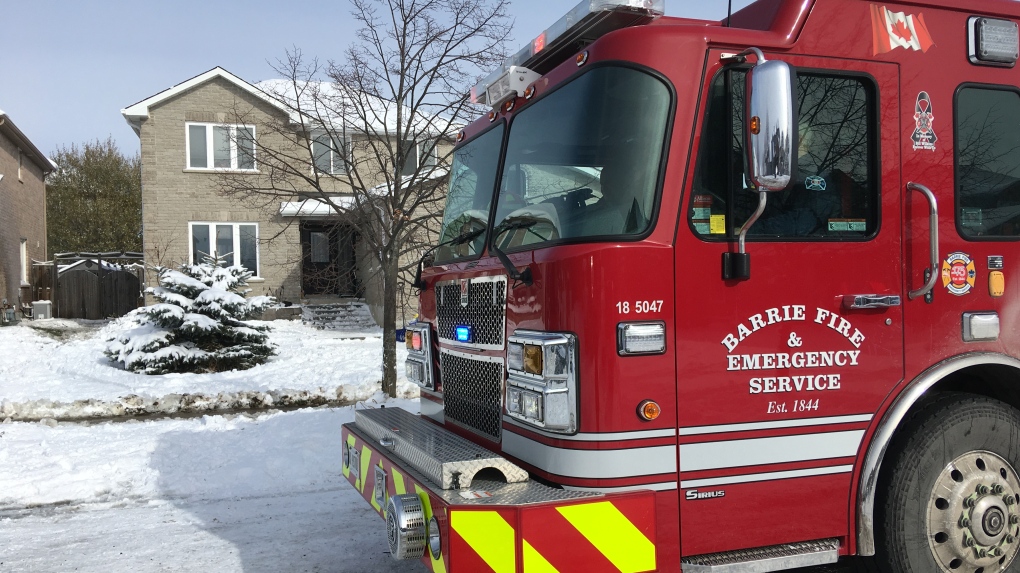 Barrie Fire Department at the scene of a fire in the basement of a home on Honey Crescent on Wed., Nov. 13, 2019 (CTV News Barrie)

A Barrie family of five escaped their home on Wednesday morning as the smoke alarms rang out.

The house on Honey Crescent in the city's south end has extensive smoke damage from the fire that started in the basement.

Crews say the fire was contained to the lower level of the home.

Firefighters carried an aquarium out of the house to rescued a lizard, but tragically the family cat died.

The cause of the fire isn't known at this time, but investigators will arrive later today.