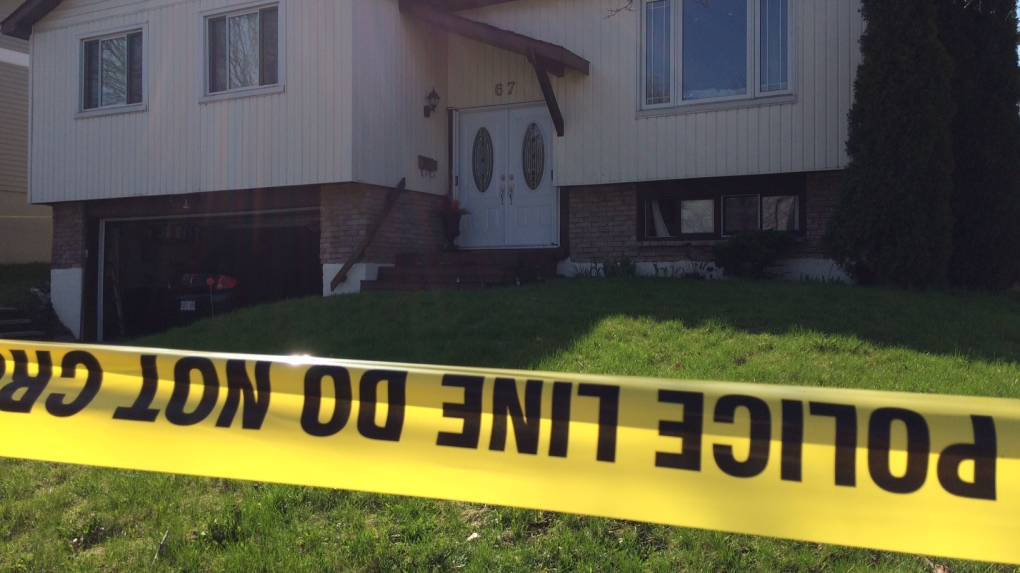 Police tape lines the area in front of a home on Heather Street in Barrie on Mon, May 6, 2019 where a man was allegedly killed overnight. (CTV News/ Rob Cooper)

Manslaughter charges against a 19-year-old man involved in a fatal stabbing in Barrie have been withdrawn.

Brett Cummings was arrested in connection with the death of a 21-year-old man outside of a home on Heather Street in Barrie on May 7.

Police said the two men knew each other.

Cummings was charged with manslaughter and aggravated assault, but his lawyer, Mitch Eisen, tells CTV News the charges were dropped last month. Eisen says the man attacked his client with a hammer and that Cummings was defending himself.

The Crown indicated to the court there was no reasonable prospect of conviction, says Eisen.