Ontario Provincial Police are investigating a collision involving a police cruiser and two other vehicles early on Monday afternoon.

Police say the crash happened on Highway 93 and Yonge Street in Midland around 1 p.m. and resulted in a police cruiser flipping, smashing out the windshield and landing nearly overturned.

Video obtained by CTV News shows the trapped officer attempting to escape the wreckage as bystanders rush in to help.

The officer climbs out of the crushed windshield with only minor injuries.

Police say the officer and one other driver were taken to hospital to be treated for their injuries. 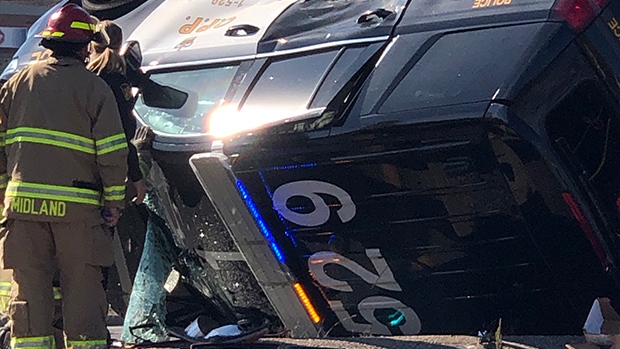 An OPP cruiser flips over in a multi-vehicle collision in Midland on Monday, Oct. 28, 2019 (Photos Courtesy: Brandon Waites) 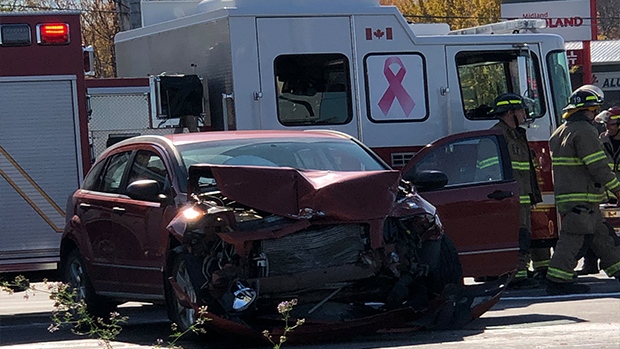 Witnesses say the cruiser's lights were activated, but the OPP will not confirm if the officer was responding to a call at the time.

They also haven't said who had the right of way through the intersection.

The OPP's collision investigation unit is looking into the cause of the crash.