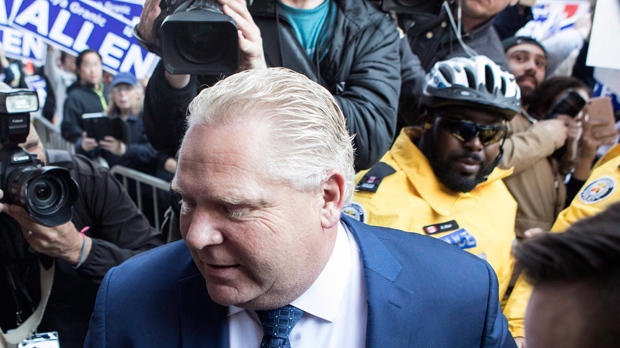 Ontario's Progressive Conservatives say one of their candidates hired actors to pose as Tory supporters outside the first leaders' debate ahead of the provincial election.

A spokeswoman for party leader Doug Ford calls the decision "unnecessary and a mistake."

Ford says he didn't know about the paid supporters when asked about it a news conference, saying he doesn't need to pay anyone to support him.

He says he will talk to Toronto-Centre candidate Meredith Cartwright about the situation.

When reached by phone, Cartwright said she has no comment.

Ford spokeswoman Melissa Lantsman says it will not happen again.