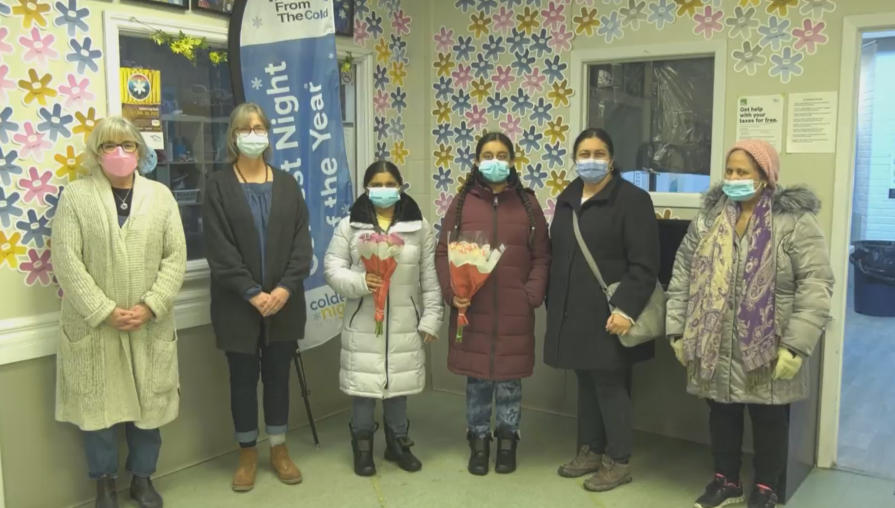 Two young girls from Newmarket have developed a passion for giving back to their community and have brought in thousands of dollars for various initiatives.

Young Manha Yusuf, nearing her 11th birthday, started volunteering about three years ago. She was inspired by the story of her aunt, who was a dedicated philanthropist before she passed away from cancer.

"Me and her were doing a lot of fundraisers at that time, wanting to change the community, wanting to do a little bit more giving back, but all that actually shattered when we lost her," says Manha's mother, Nisa Chaudhry.

When she was just, 7-years-old Manha asked her mom how she could start giving back, and she even managed to bring her then 5-year-old sister on board.

"I've donated a lot of stuff to the shelter and to other shelters in the whole community," young Laiba Yusuf tells CTV News.

The girls have since created a brand for their efforts called 'Stamp Out Stigma for Mental Health Campaign.' Since starting their charitable efforts in 2019, more than $30,000 has been raised.

"I'm doing it so I can end homelessness, poverty and all the hunger," says Manha. "It was really scary for me to talk to people, but as I got older, I got stronger and more confident."

The Yusuf sisters have been working closely with Newmarket's Inn from the Cold, a shelter for the city's most vulnerable. Manha and Laiba frequently bring items in need, as well as high-quality produce, something that comes as a treat to those at the shelter.

"Everything you do makes a difference to somebody," says Ann Watson, the shelter's executive director. "It's training these girls to be really good people, and it's helping them to connect with people that wouldn't necessarily connect with on an everyday basis."

The young sisters show no signs of slowing down either, with their mother saying they are always looking for new ways to give back.

"Month after month, when one thing finishes, they ask me what's next," says mom Chaudhry. "So now since last year, now that they are a little bit older, they know what is coming next, and they actually tell me what they are going to do next. So it's very tiring, but it's very rewarding!"

Provincial and territorial finance ministers to meet in Toronto

Deputy Prime Minister and Finance Minister Chrystia Freeland is hosting an in-person meeting today with the provincial and territorial finance ministers in Toronto.

A new survey conducted by Research Co. reveals that more people in Western Canada now support a change in the federal government compared to a similar poll from June.