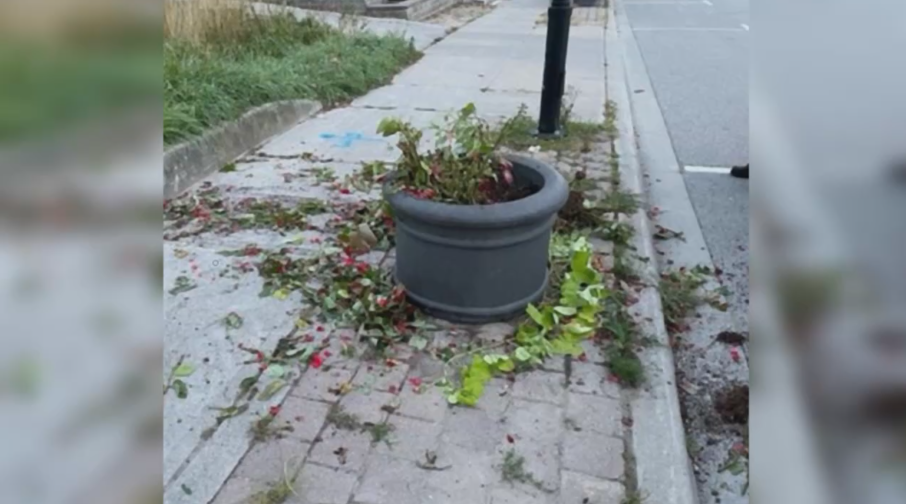 York Regional Police are asking for the public's help in identifying whoever is responsible for multiple damage reports in the heart of Newmarket.

According to police 17, decorative planters were damaged along Main Street South, between Simcoe Street and Timothy Street. Police say the damage was done overnight from Sept. 2 to Sept 6.

While the investigation is ongoing, police have been unable to determine who is responsible, unsure if one person or multiple people are behind the acts of mischief.

Anyone who has any information, including video surveillance or dashcam footage from the area around the time in question, is asked to contact the York Regional Police Criminal Investigations Bureau at 1-866-876-5423 x. 7142 or Crime Stoppers anonymously.

Peel police are searching for a murder suspect who was last seen running away from a Missisauga gas station.