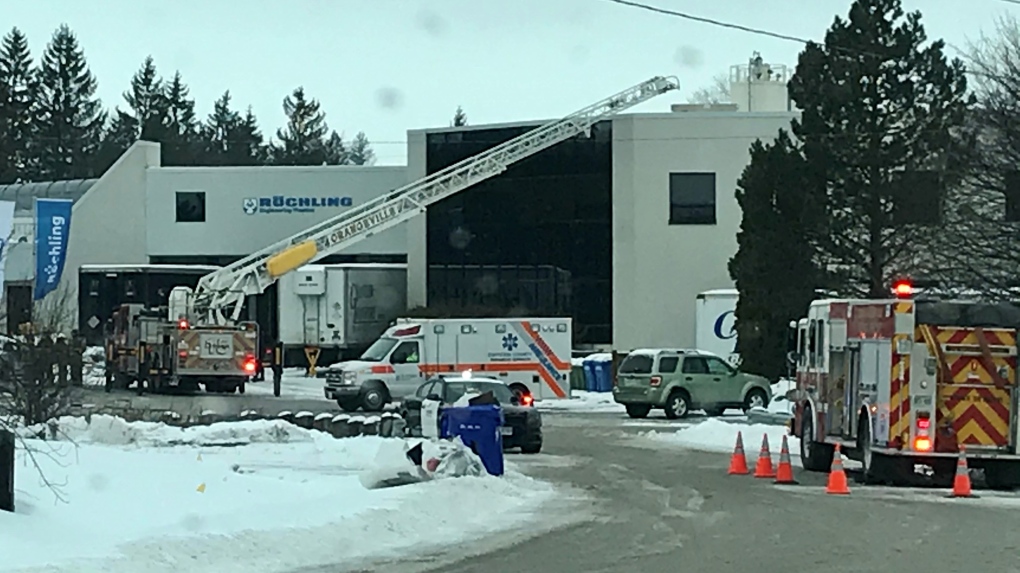 BARRIE, ONT. -- One person was rushed to the hospital after an explosion at a plastics plant in Orangeville.

According to Orangeville's fire chief, crews from Shelburne, Grand Valley and Caledon fire were called to the plant after an explosion in a plastic extrusion unit and hopper.

The condition of the injured employee is unknown.

Police closed Broadway for a short time between Blind Line and Diane Drive for emergency crews to work. It was reopened a little over an hour later.

The Ministry of Labour, along with the Ontario Fire Marshal's Office, will handle the investigation.