Taser used on woman accused of speeding, assaulting an officer in Innisfil 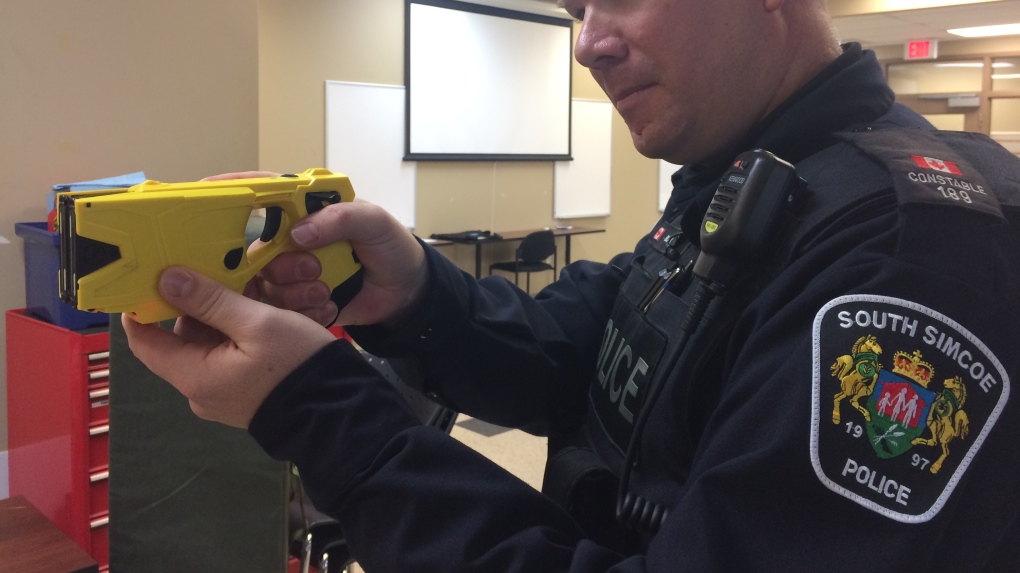 A South Simcoe Police officer demonstrates how to use a Taser - FILE IMAGE. (CTV News Barrie)

Police say officers had to use a taser on a woman accused of speeding more than double the posted limit in Innisfil.

According to South Simcoe Police, officers clocked an SUV travelling 126km/h along Yonge Street in Churchill on Sunday morning.

They say the area is a 60km/h zone, so police conducted a traffic stop.

"The driver refused to identify herself and assaulted an officer as she was being arrested," South Simcoe Police stated in a release.

Police say the taser was used to "safely take the driver into custody."

Additionally, her licence was suspended for 90 days, and the vehicle was impounded for 14 days.

She was released from police custody with a future court date to answer to the charges.