BARRIE -- Mandatory ice water training on Thursday for an Orillia Fire Department platoon quickly turned into an actual ice-rescue of a Trumpeter Swan.

When the swan was found frozen in the icy grip of the Trent Severn Waterway 40 feet from shore, the crew jumped in to help.

The Orillia Fire Department was called to the area of Blue Swing Bridge in Severn Township to help the trapped bird. 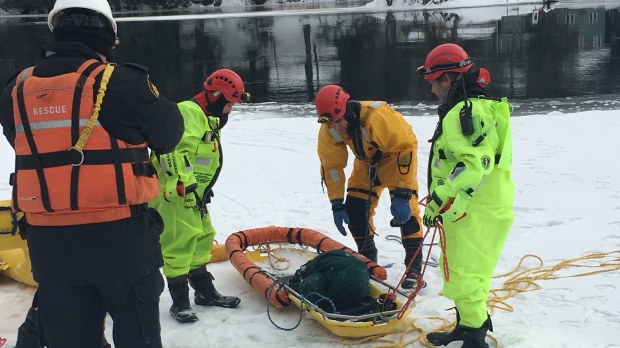 Crews used an ice-axe and picks to free the animal from the ice and bring it to shore.

Orillia Fire doesn't typically respond to calls such as this, but luckily for the swan, they were already in the area.

The injured animal was taken to Shades of Hope Wildlife Refuge in Pefferlaw for treatment where the Director of Operations, Cathy Stockman, tells CTV Barrie the outcome looks grim. "The swan has tested positive for lead." 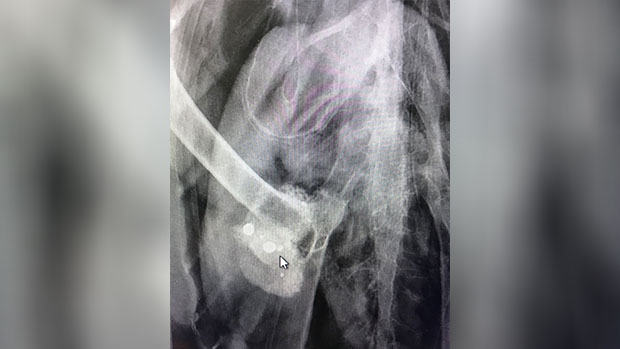 Stockman says the bird ingested lead and believes the sickness is what caused it to get trapped in the water as it froze. She urges anglers to "do everything to get your sinkers out of the water. That has caused the death of lots of swans. Just a little bit of lead is all that it takes."