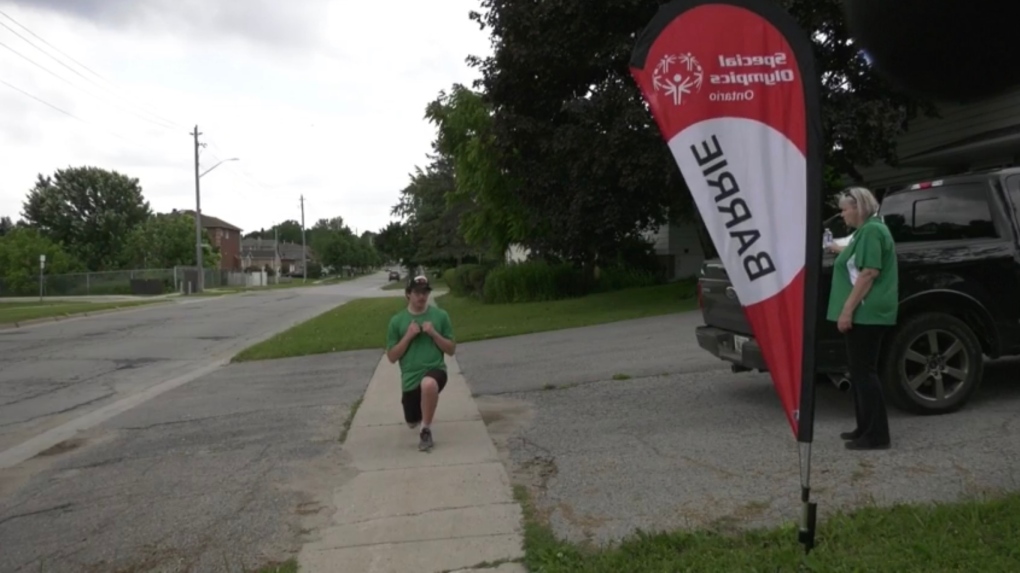 BARRIE -- Typically at this time of year, Special Olympians in Barrie are getting ready to put their best on the line, but this year it's different.

Athlete Sam Windross, says he would normally be training for the long jump or the 100m dash while also getting together with fellow athletes, but because of COVID-19, those plans have changed.

"We used to see them a lot during the year, and now we don't, same with coaches, we don't really see them," said Windross.

Windross is a two-time gold medallist, bringing home the hardware from a ski invitational in Sweden.

Because of the cancellation of this year’s events, the City of Barrie proclaimed Saturday Barrie Special Olympics Day. The Special Olympics committee put on a virtual day of games and activities for the athletes; allowing teammates to connect and keep spirits up.

While he'd rather be competing, Windross said in light of everything; he's happy to be doing something sports-related.

"I think it's great, even though everything is cancelled, we can’t see each other, but everyone is still somehow doing the same thing," said Windross.

On Saturday, he was joined by his coach, Wendy Desjardins, who says the pandemic has been hard on her athletes.