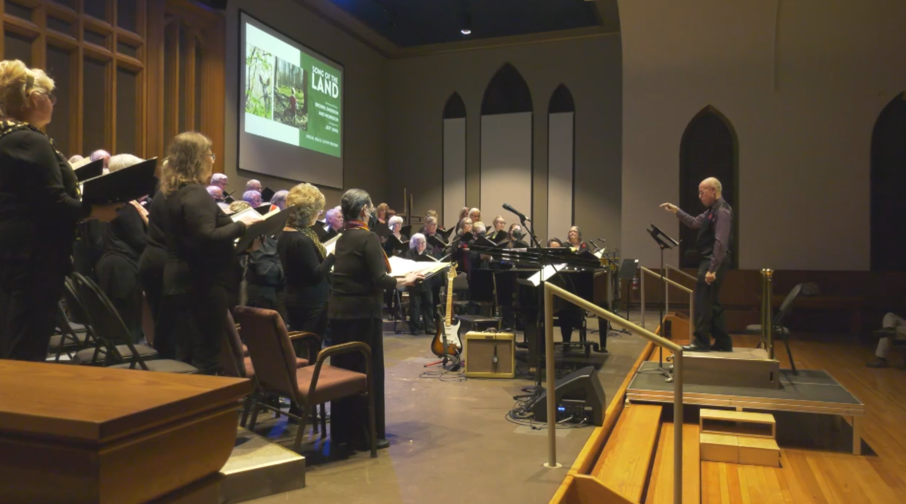 The Orillia Vocal Ensemble put on the Song for the Land Concert at the St. Paul's Centre Wednesday night (Steve Mansbridge/CTV News Barrie).

A local group of musicians used the power of music to help protect natural habitats throughout the region.

The Orillia Vocal Ensemble put on the Song for the Land Concert Wednesday night at the St. Paul's Centre. Funds from the night benefited the Couchiching Conservancy, a not-for-profit group that protects critical pieces of nature.

"For us, we're right in the middle of a multiyear campaign to create a series of corridors throughout the region that we've identified as really critical for protection," says Mark Bissett, the group's executive director. "So this concert is very timely, it gives us some profile in the community that we might not otherwise have, and it helps us raise money."

The group is preparing to celebrate its 30th anniversary next year. Since 1993, its protected approximately 14,000 acres in the region, efforts that are nearly entirely reliant on funding from the public.

Bissett says the group's work is critical, saying there are very few wetlands, which are essential to filtering water and controlling floods, left on the lake bodies.

"We are really blessed here because we still have a lot of fairly pristine wild areas, but it's going fast, and this area is slated to be one of the most highly developed in all of Ontario over the next 25 years," says Bissett. "So it's really important that we protect a substantial amount of habitat for all the species that are at risk in the area."

Tom Brady retires, insisting this time it's for good

Tom Brady, who won a record seven Super Bowls for New England and Tampa, has announced his retirement.