Premier Doug Ford is in Bracebridge on Wednesday and spoke with Mayor Graydon Smith after the town declared a flood emergency amid rising water levels on several nearby waterways. 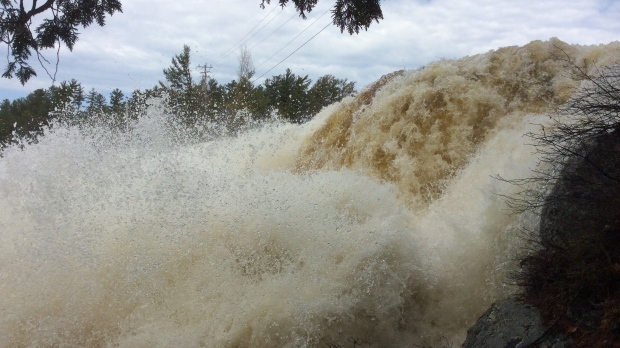 Ford, whose family has a cottage in the area, spoke to media saying the province would help the affected town, along with Huntsville, and any other communities in the Muskoka region that experience flooding.

“The province is 100 percent behind them. We will spare no resources to support the affected areas, no matter if it’s here or in Huntsville.” 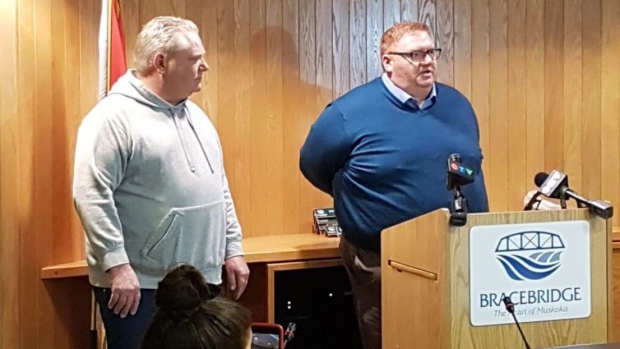 Mayor Graydon said he activated the town’s emergency plan after several roads were washed out by the rising waters. “Part of the reason we declare a state of emergency is so that people know that this is a serious situation and that they take appropriate measures.”

Ford will tour the area today, saying he will ‘observe’ but not ‘interfere.’

“We’re going to first let the mayor decide what he needs if any resources and we’ll accommodate that once the request comes in,” he said. 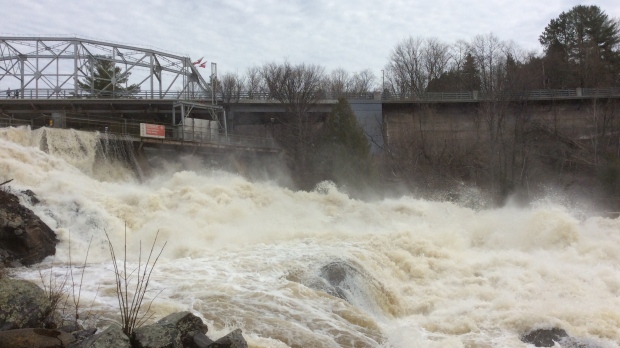 The North Branch Muskoka River water volumes are expected to exceed levels reached in 2013 when the region saw its worst flooding in a century.

On the South Branch Muskoka River, water volumes are approaching those last seen in 2013 and are expected to rise over the coming days.

The town is cautioning residents to keep a close eye on changing conditions and is offering free sandbags to help people protect their properties. 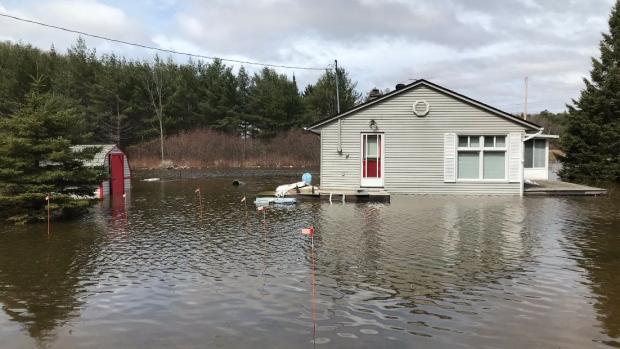 Police are warning early season boaters to be on the lookout for floating debris. Trees and timber from broken structures will pose dangerous hazards.

Mayor Graydon is advising anyone who feels they may be in danger to call 9-1-1.

- With files from CP24 and The Canadian Press