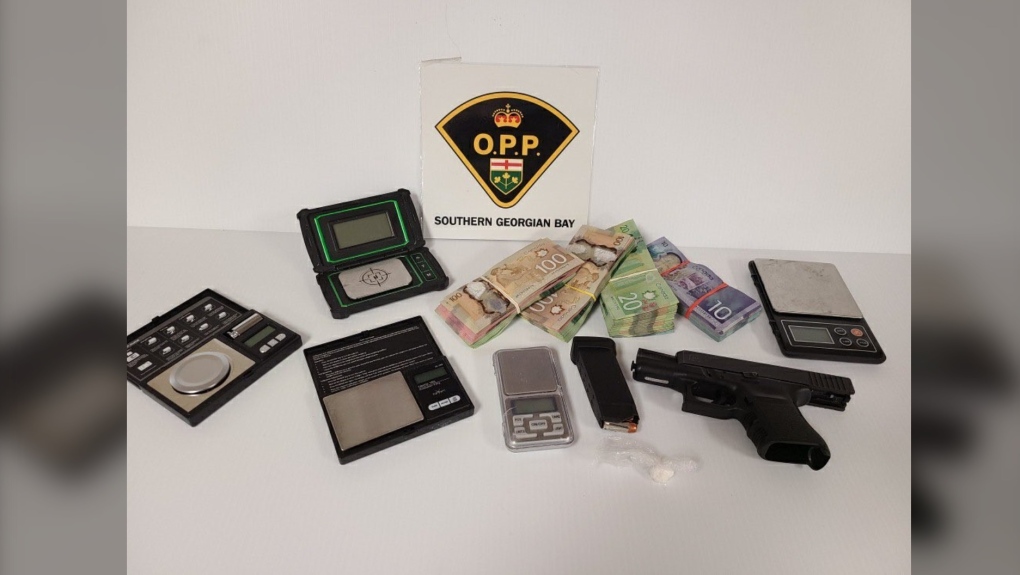 A loaded handgun and an undisclosed amount of cocaine are now off the streets as police lay dozens of charges following a traffic stop on Highway 400 on Thursday.

According to police, officers stopped the southbound vehicle in Tay Township around 3:07 p.m. for speeding.

Police say after speaking with the driver and two passengers, “the officers entered into a further controlled drug and substances act investigation.”

A 25-year-old passenger from Mississauga and a 15-year-old female passenger –whose identity is protected by the Youth Criminal Justice Act – have also been charged.

All three of the accused will appear before the courts in Midland at a future date.