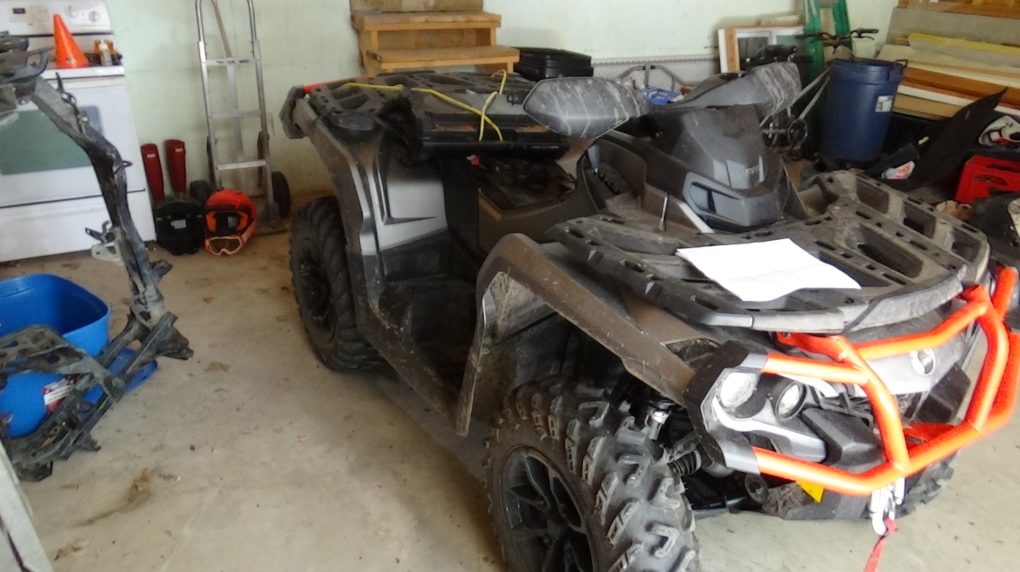 One of many items recovered after police executed multiple search warrants in the Georgian Bay area on Friday, June 26, 2020 (Courtesy: OPP)

Months of investigations into the alleged thefts of equipment and vehicles have led to the arrests of two men who are now facing a slew of charges.

According to police, the investigation included more than 16 separate thefts and break and enters which spanned across Muskoka, Simcoe County, and the Greater Toronto Area.

As a result of the warrants, officers recovered multiple pieces of equipment and vehicles, including two float trailers, a Dodge 3500 pick-up truck, off-road vehicles, a personal watercraft, and multiple universal keys for heavy equipment.

On Friday, police say Jason Hoolans of Penetanguishene, and Justin Robitaille of Tiny Township were both arrested and charged.

Hoolans has been charged with:

Robitaille has been charged with:

Three other people were previously arrested and charged in the investigation, including Bradley Zavala of North York, Ina Hoolans of Penetanguishene, and Wesley Thompson of Bracebridge.