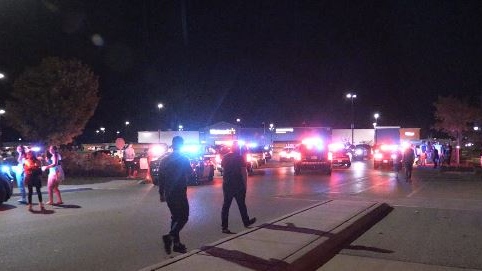 Police said they set up spot checks on roads leading into the town and turned away anyone who didn't have a local address.

Inside the town, officers tried to break up large crowds. OPP Sgt. Jason Folz said officers were equipped with non-lethal weapons that shoot large plastic bullets, though he says they were not fired. These types of weapons are used for crowd control.

Prior to the rally, which has seen hundreds of vintage and modified cars descend on the town, new speed bumps were installed in municipal parking lots in the hopes that drivers wouldn't risk damaging their cars.

Police from Ontario's York and Peel regions were also called in to help with enforcement.

As of early Sunday morning, non-residents were once again allowed back into the town.