'Please come forward': Tearful appeal to driver who hit Barrie man and left him to die

The family and friends of Luke Crocker are left with only their grief and questions after the 33-year-old was killed in a hit and run in downtown Barrie.

Crocker's longtime girlfriend, Jenna Zardo, is still trying to come to terms with what happened. "I'm angry that someone would hit him and just leave him there," she says. "I was in shock. I didn't believe it, and I just felt guilty because I had seen him that day and I could have driven him home." 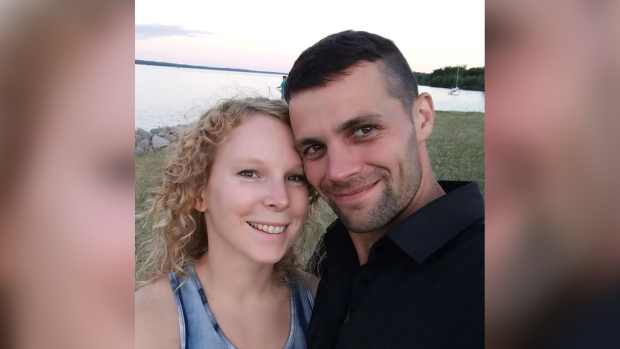 As the tears well in her eyes, Zardo recalls the last time she saw her boyfriend, just hours before he was struck and left for dead.

"I'm gonna miss most being with him and getting to hold him. But certainly, his personality, his sense of humour, and how he was always there for me." 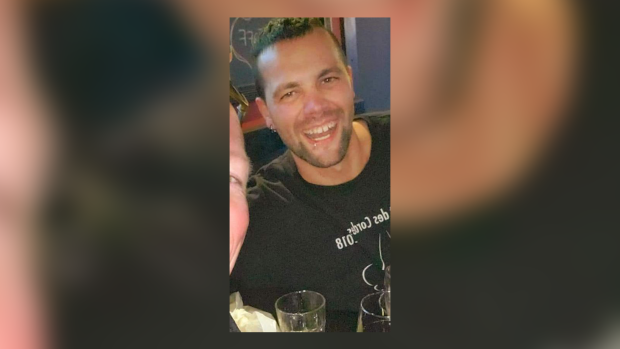 Crocker, a father to three young children, spent Halloween night at the Last Level Lounge, an arcade and bar on Dunlop Street. He worked there but had the night off.

In the hours after leaving the lounge, he went dancing with friends at The Queens nightclub on Dunlop Street. It was on his walk home, at around 2:45 on Friday morning that Crocker was hit at Wellington and Toronto streets.

Police want to speak with the driver of a dark blue pickup truck that was caught on surveillance camera in the moments before Crocker was struck. 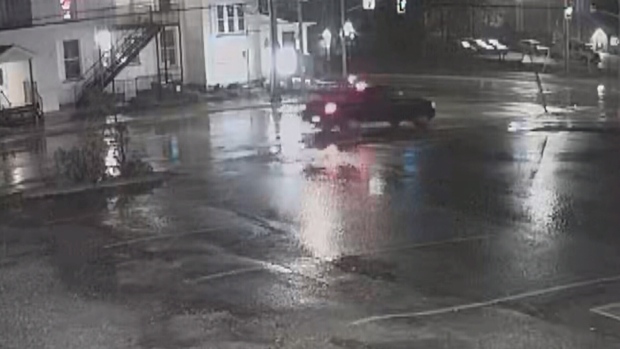 Police released this image of a dark blue pickup truck caught on surveillance camera moments before Crocker was struck.

Investigators aren't calling the driver a suspect, but say they want to track down the driver or any passengers from that night in the hopes that they have any information about the fatal incident.

"Please come forward," begs Crocker's friend, Marco Duarte. "There's a lot of people that are very broken because we lost a shining light. Someone's candle was blown away too early."

Police have received a lot of tips from the public since releasing the video of the vehicle of interest late Wednesday afternoon, but so far, no arrests have been made.

Police are appealing to the public to be on the lookout for a dark coloured SUV that will have heavy front-end damage.