Penetanguishene retiree scratches her way to a big win 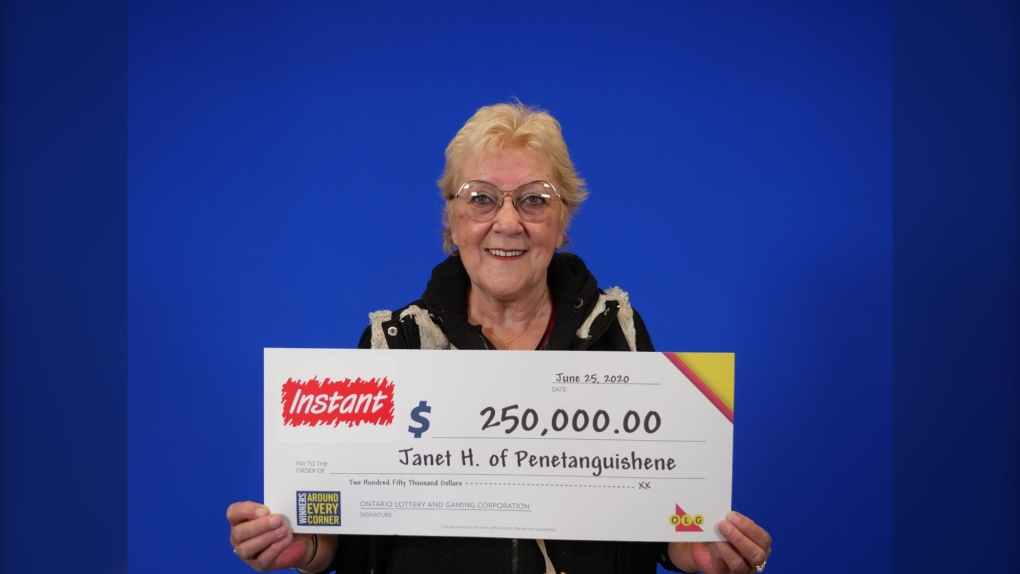 BARRIE, ONT. -- A Penetanguishene woman said it's an "amazing feeling" to win the lottery.

The mother of two said she plans to share some of her new-found cash with her children and invest the rest.

"It's a breath of fresh air. This has really helped to lift my spirits," Hembruff said while picking up her cheque in Toronto.

The OLG Prize Centre has started in-person claims for winning ticket holders of $50,000 or more by appointment only.

Hembruff bought her winning ticket at the Guardian Pharmacy on King Street in Midland.