Pedestrian hit and killed by GO train in Innisfil 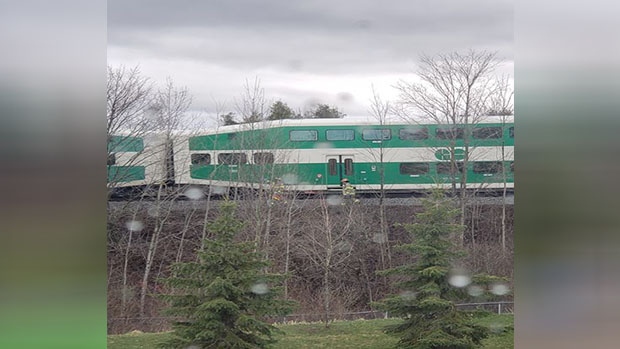 Police are investigating after a GO Transit train struck and killed a pedestrian on Tuesday during the evening rush hour in Innisfil.

South Simcoe police say the person was pronounced dead at the scene.

No details about the victim have been released, as authorities are still in the process of notifying their family.

A spokeswoman for Metrolinx, the provincial agency that operates GO Transit, says service was suspended on the Barrie line for about two and a half hours while the scene was cleared.

Anne Marie Aikins says the agency's policy requires that the crew involved in such an incident must be taken off duty immediately.