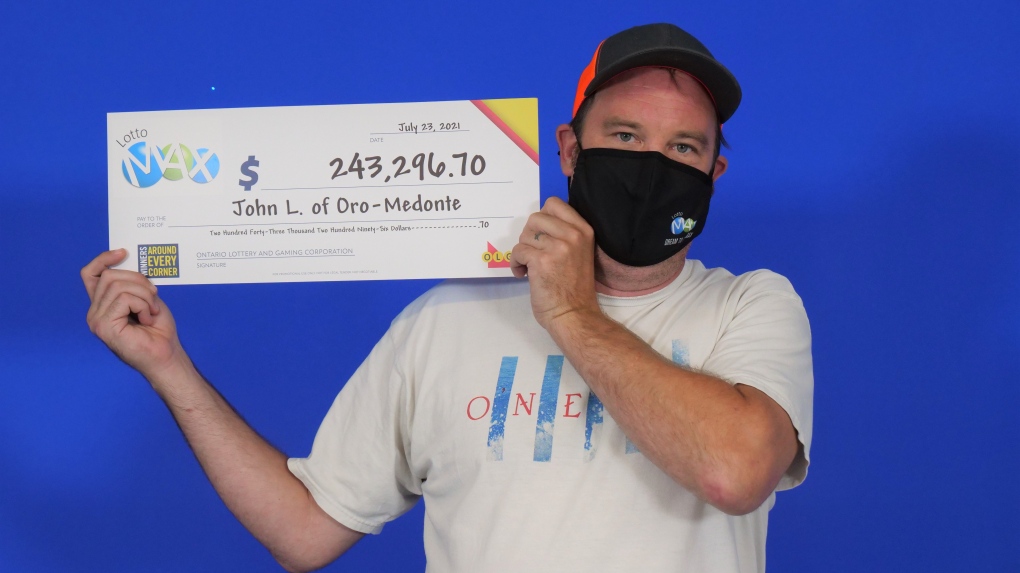 An Oro-Medonte man is celebrating winning $243,296.70 with a Lotto Max ticket he purchased on a whim.

John Lloyd says he doesn't play the lottery regularly but was motivated to buy a ticket when the person in front of him got one at the Oro Station General Store on Line 7 in Oro-Medonte.

The father and soon-to-be grandfather says he was sitting in his truck when he remembered the ticket was in the centre console.

"I used the OLG lottery app, and when I saw Big Winner, I was shocked," he says. "I was holding up my phone showing my girlfriend and daughter, and my hand was shaking."

The 45-year-old says he had to scan the ticket multiple times to be sure it was true. "I'm still feeling shock. I don't the excitement will set in until the cheque clears the bank."

Lloyd says he's had aspirations of owning a property up north for some time. "This win gets me there faster and with a bigger budget."

Hundreds of people attended court in a small western Alberta town on Tuesday morning for the first appearance of a man charged in the double homicide of a young woman and her toddler.

The province of Saskatchewan reported 426 new cases of COVID-19 on Wednesday, with 25 per cent of cases reported in children under 12.

The FBI is asking for the public's help in finding Gabby Petito's fiance Brian Laundrie after a coroner made an initial determination that Petito died by homicide.