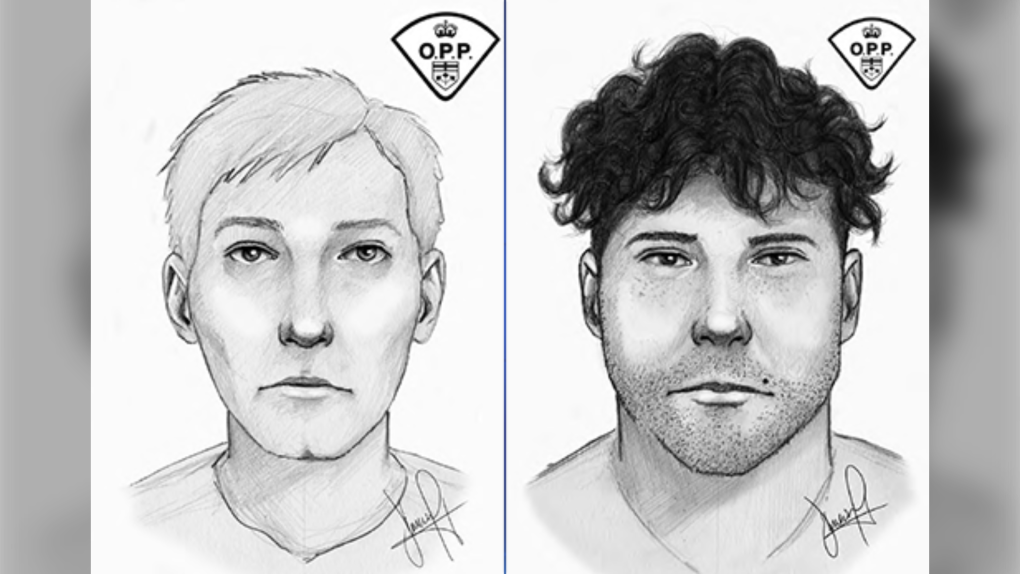 Police released composite sketches of two "persons of interest" in connection with a sexual assault investigation in Ramara Township in September.

On Sept. 9, officers responded to a report of a sexual assault that allegedly happened around midnight in the area of Monck Road and Kirkfield Road in Sebright.

The emergency response team and K9 units were called in to search for possible suspects, to no avail.

Police did not specify whether the attack was random or if anyone was taken to a hospital.

They are not calling the two individuals suspects in the case.

The first man is described as white, in his 20s, with blonde hair, and wearing dark clothing.

The second man is described as being in his 20s, with a medium build, black curly hair, facial hair, and wearing dark clothing.

They urge anyone in the area during the timeframe who saw anything suspicious or has information to contact the Orillia OPP or Crime Stoppers to remain anonymous.

A 12-year-old boy has been arrested and charged with murder in a hit-and-run car crash that killed an 82-year-old woman last month, Dallas police said Wednesday.