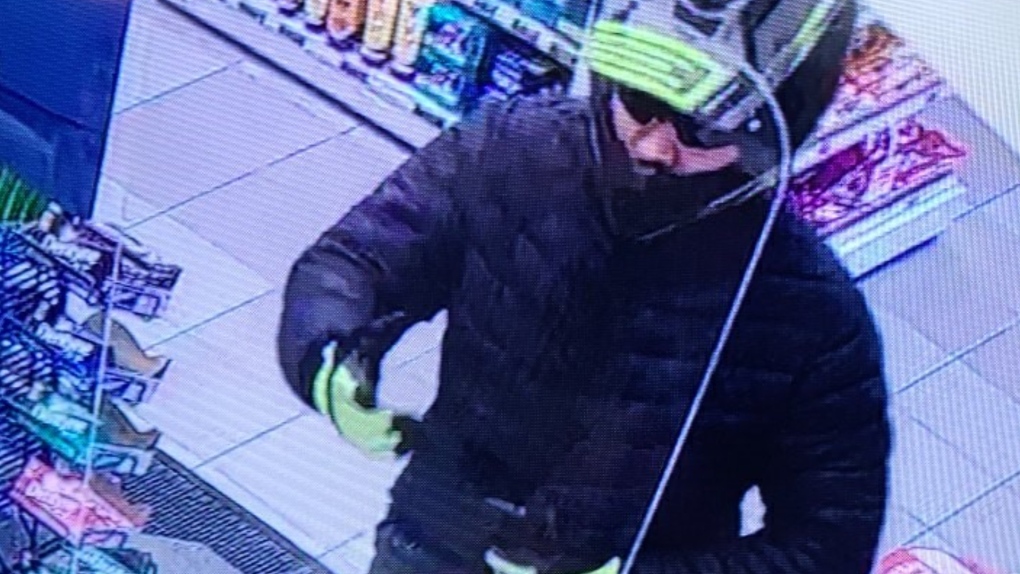 Provincial police released an image of a man wanted in connection with an alleged armed robbery in Adjala-Tosorontio, Ont., on July 17, 2022. (Supplied)

Nottawasaga provincial police are investigating an armed robbery at a business in Simcoe County involving a motorcyclist.

Police say the incident happened on Sunday morning at a convenience store on Highway 9 in Adjala-Tosorontio.

They say a man armed with a gun wearing a black motocross helmet and dark sunglasses demanded money from the store clerk.

The employee handed over cash, and police say the suspect took off on a motorcycle heading west on Highway 9.

"Police believe the suspect is armed and has been involved in other incidents," Nottawasaga OPP stated in a release.

The suspect is an olive-skinned man with dark hair, roughly 20 to 30 years old. He was wearing a black puffer-style jacket, tan boots, and black pants. The helmet and gloves he was wearing have matching yellow or green accents.

He was riding a white and black Kawasaki Ninja, possibly a 300 model, with no plate.

The public is advised not to approach the suspect but to call the police immediately if he is spotted.