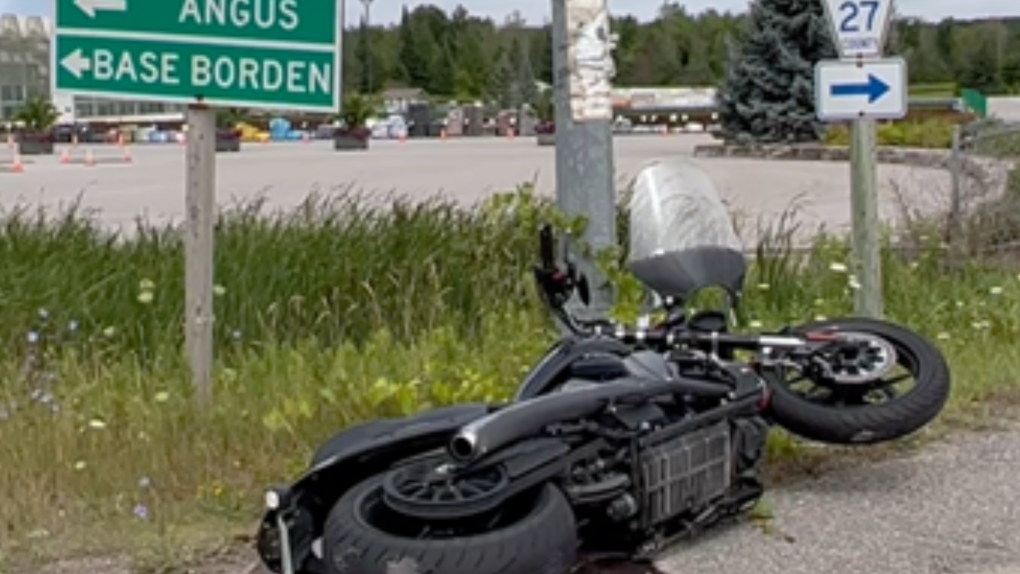 A motorcyclist is in serious condition after losing control of his bike in the drizzle Tuesday morning (Courtesy/ Barrie Police).

A motorcyclist is in serious condition after crashing his bike Tuesday morning.

Barrie police say shortly after 9 a.m., the 45-year-old Listowel man lost control as he was driving westbound near County Road 90.

"That operator of the motorcycle was ejected from the bike, travelled down the roadway and struck a stopped motor vehicle that had been stopped at the intersection of County Road 90 and Townline Road," said Peter Leon, corporate communications coordinator with the Barrie police.

"At this point from all indications, it would appear as if the operator of the pickup truck was stopping for a red light at the intersection and at that point, the motorcycle – for unknown reasons – lost control and the driver was ejected and he did travel down the roadway a distance where he did strike the vehicle," he said.

There was a slight drizzle and rain falling at the time, he said.

"Certainly that could have had an impact. We will certainly look at all aspects, whether speed or what other determining factors are involved," he said.

Leon said the driver had been taken to the hospital with life-threatening injuries.

Barrie's traffic unit is investigating the cause of the collision.