Motorcyclist dies after losing control and hitting guardrail in Bradford

Motorcyclist dies after losing control and hitting guardrail in Bradford 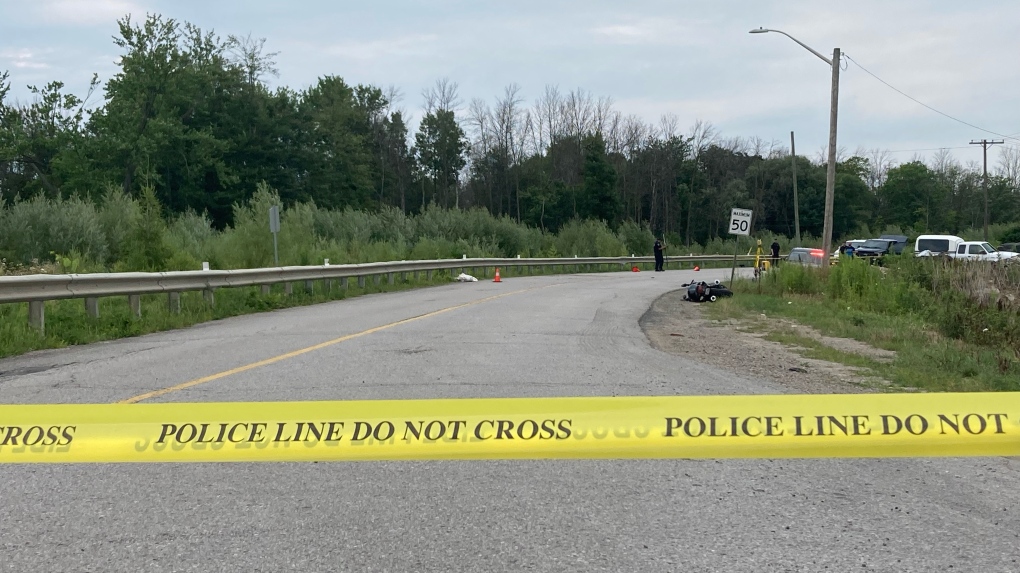 A motorcyclist is dead after police say he lost control while riding in Bradford West Gwillimbury Wednesday afternoon and struck a guardrail.

South Simcoe police officers are investigating what caused the motorcycle to lose control on Canal Road near Fraser Street.

Police say the victim was the only person on the bike.

He was taken to a local hospital and pronounced dead.

The victim's identity has not been provided.

Police closed the area from Fraser Street to Simcoe Road for traffic reconstructionists to try and determine what happened.

Russia pounded Ukrainian cities with missiles, rockets and suicide drones, with one strike reported to have killed 25 people, as it moved Friday to annex Ukrainian territory and put it under the protection of Moscow's nuclear umbrella despite international condemnation.