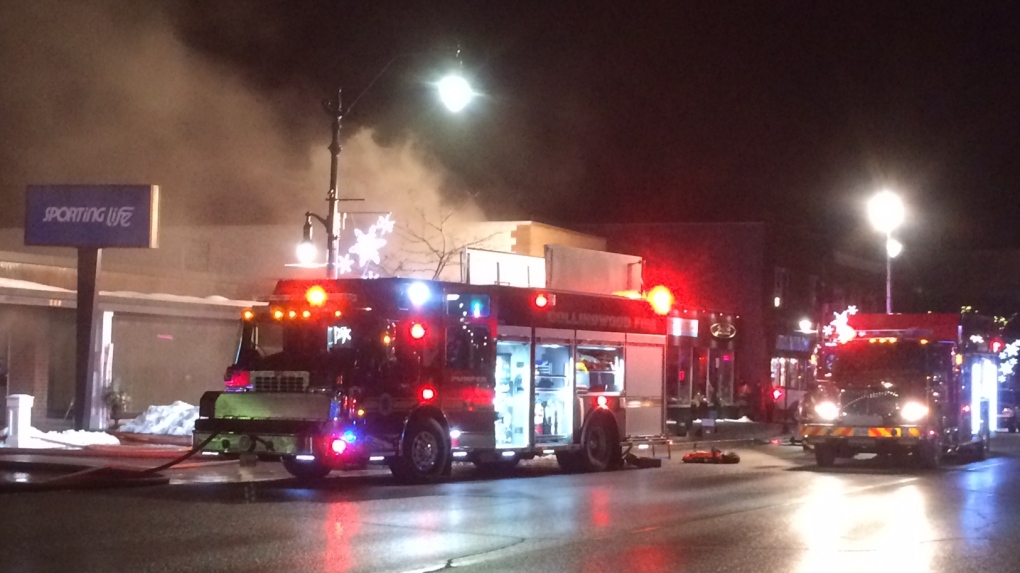 The million dollar fire on Hurontario Street broke out just before 6:00 p.m.

The staff inside the store saw the smoke and called 9-1-1.

When the Collingwood Fire Department arrived on scene, flames and heavy smoke were coming from the store.

The OPP and Simcoe County Paramedics were on the scene while crews worked to contain the fire.

Everyone was able to get out of the store, and there were no injuries.

That merchandise made it a challenge to put out the flames as crews tried to prevent the fire from spreading to the adjacent building.

Hurontario between Fourth Street and Ontario Street was closed for more than 12 hours, and the roads reopened around 8:00 this morning.

Sporting Life in Collingwood was gutted by fire last night. More than a million dollars in damages. OFM investigating. pic.twitter.com/amYu7PLBZA

The OFM has been called in to assist with the investigation. The cause of the fire is undetermined at this time.