Man sentenced to 5 years for stabbing and beheading father

BARRIE -- The man convicted of brutally killing his father at a Gravenhurst cottage as his friends and neighbours watched in horror learned his fate today.

Adam Kehl was found guilty of manslaughter and blames his actions on heavy marijuana use.

He wept inside the Barrie courtroom on Wednesday, apologizing to his dead father for his actions. 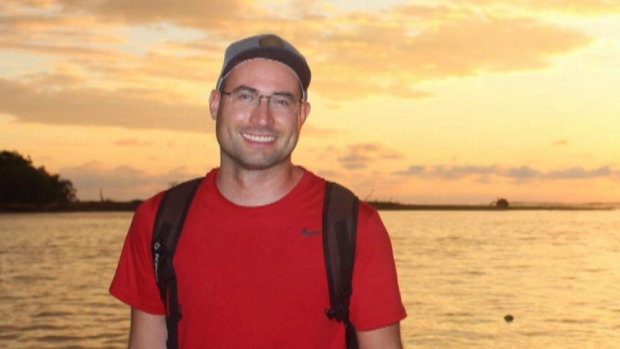 On August 11, 2018, the Kehl family was enjoying a day with friends at their cottage on Kahshe Lake.

Guests described Adam Kehl as being agitated and aggressive that day prior to the gruesome and savage scene.

It was around 2 p.m. when Kehl emerged from the cottage with a knife in his hand and began attacking his father.

He stabbed the 66-year-old repeatedly before decapitating his victim and throwing the severed head into the water as his horrified guests ran terrified, calling for help.

Kehl was heard howling like an animal, yelling that he was the devil when police arrived.

Officers recalled that Kehl was non-sensical, speaking gibberish. It took rubber bullets and a taser to subdue the crazed man. 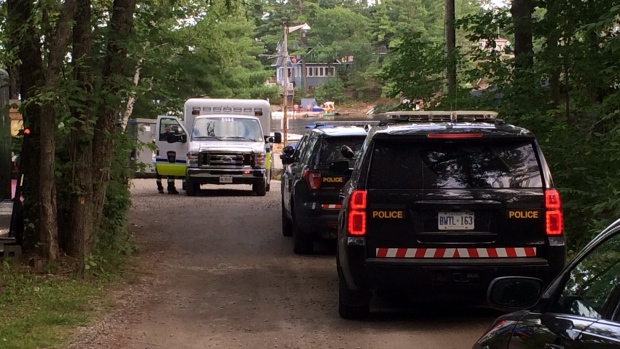 The OPP investigate the death of a man at a residence on Kashshe Lake in Gravenhurst on August 11, 2018. (Don Wright/CTV Barrie)

Kehl had recently moved back to Ontario from British Columbia and had a a history of anxiety and depression.

He admitted he was a heavy cannabis-user and blamed his drug use on the psychotic actions that took place that gruesome day.

In court today, he took responsibility for his actions.

"I accept the consequences. I understand the fact that my marijuana use was key factor in what happened. I was not aware marijuana use could do such a thing. Had I known, I never would have started."

Justice Michelle Fuerst said Kehl was evaluated by a court-ordered psychiatrist who agreed that the 31-year-old's psychotic behaviour was caused by cannabis-induced intoxication.

During his sentencing, Kehl apologized to his friends and family. He took a moment to tell his mother he was sorry for taking her husband from her, saying it broke his heart that she will spend the rest of her life without his father.