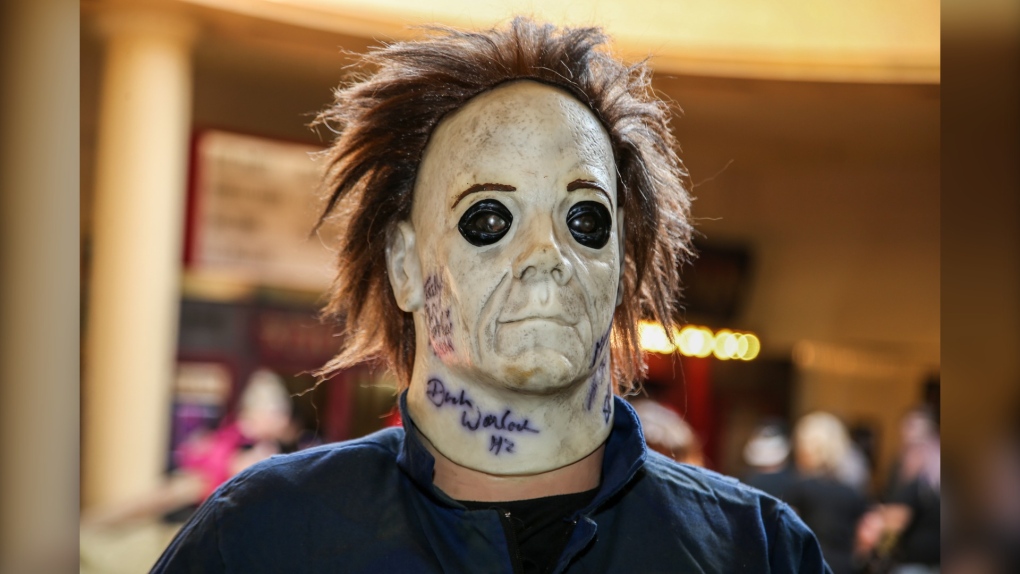 A 24-year-old Essa Township man is facing charges after causing a disturbance while wearing a Michael Myers Halloween mask at an Angus park on Wed., June 9, 2021. (FILE IMAGE of Nick Castle, who played Michael Myers in the original Halloween film - Photo courtesy HEX)

BARRIE, ONT. -- A Halloween fright wasn't what families at Stonemount park in Angus expected Wednesday evening, but a scary situation is what they got, according to police.

A man in a Michael Myers mask allegedly showed up at the park banging a wrench, yelling at people, and taking pictures of children.

Nottawasaga OPP said they were called by parents at the park when a confrontation erupted between the male and several young teens.

The suspect then fled on foot.

Police tracked down the masked man and charged a 24-year-old from Essa Township with assault with a weapon, uttering threats, resisting a peace officer, mischief, causing a disturbance and criminal harassment.

The man will remain in jail pending a bail hearing.