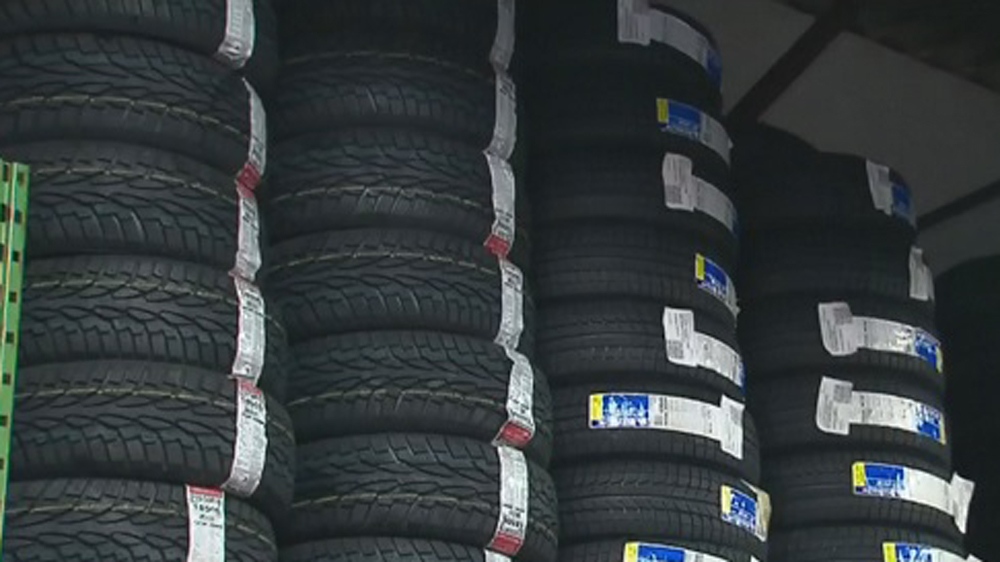 Provincial police officers arrested a man accused of ordering $12,000 worth of tires online with a stolen credit card.

Dufferin OPP officers say they received a report about fraud at a car dealership in the Town of Mono on Thursday and confronted the suspect when he arrived to pick up the tires he had ordered.

A 27-year-old Montreal man was arrested without incident after police say he attempted to flee the scene.

He is charged with fraud over $5,000 and two counts of possession of a forged document with intent.

The OPP urges businesses to "verify who you're dealing with before conducting remote or online sales."

Police say businesses that unknowingly process a payment from a stolen credit card could be responsible for paying back the amount to the actual cardholder, regardless if the product was already shipped.

"Businesses who accept CNP (card-not-present) orders can better avoid fraud by using the automated verification tools supported by their acquirer and the payment associations," OPP noted in a release Monday.

If your business has become a victim of CNP Fraud, contact the OPP at 1-888-310-1122 and the Canadian Anti-Fraud Centre or Crime Stoppers.