Let the turtles get to the other side 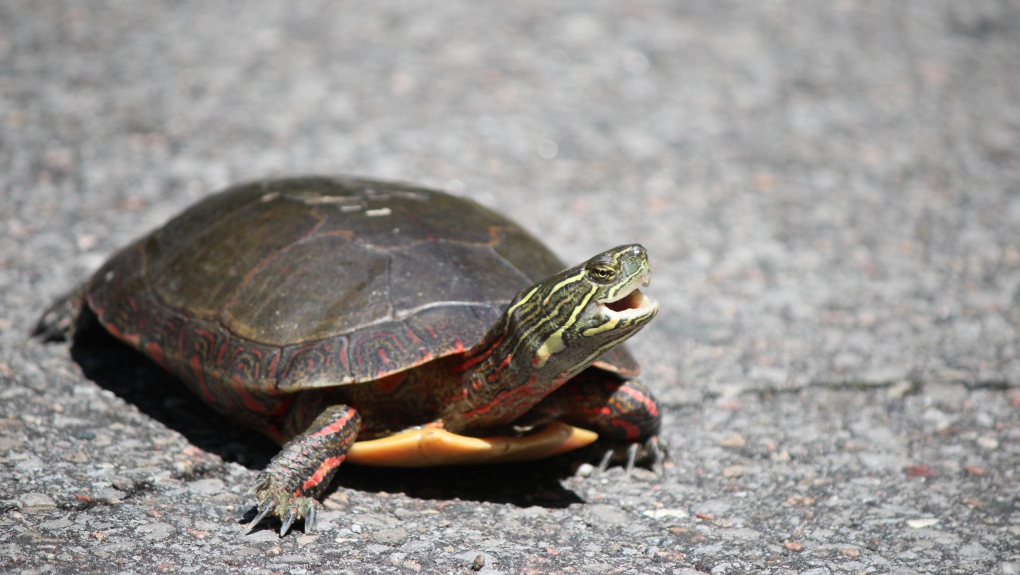 The Nature Conservancy of Canada says watch out for turtles on roads this summer. (SUBMITTED: NATURE CONSERVANCY OF CANADA)

Give turtles a "brake" when they're crossing the road.

The Nature Conservancy of Canada (NCC) is asking motorists to brake for turtles as they cross busy roads to find mates or get to their nesting ground.

Early summer is an active period for turtles, and like all other reptiles, they are cold-blooded and often bask on gravel, sandy roadsides and warm asphalt. Although a turtle's shell can protect it from predators, it's no match for a car, said Andrew Holland, spokesman for the NCC.

Holland said every turtle lost in a vehicle collision has a significant domino effect on its entire species. Turtles count on the survival of the adults, especially the females, to maintain population health. Turtles can take up to 25 years before reproducing, and their egg survival rate is very low. Approximately only two eggs out of 100 become adult turtles.

A loss of one adult turtle is the loss of 20 years of development. Studies show that just a five per cent increase in annual mortality can put an entire population at risk of decline.

Turtle populations are listed as threatened or endangered in many provinces as they have diminished due to collisions with vehicles.

All eight turtle species are at risk in Ontario, where Blanding's turtles are more endangered than pandas.

"Turtles are in many ways the unsung heroes of our wetland ecosystems," said Kristyn Ferguson, program director with the NCC. "They help keep wetlands clean and healthy by eating dead plants, insects and animals, and play the role of the wetland janitor."