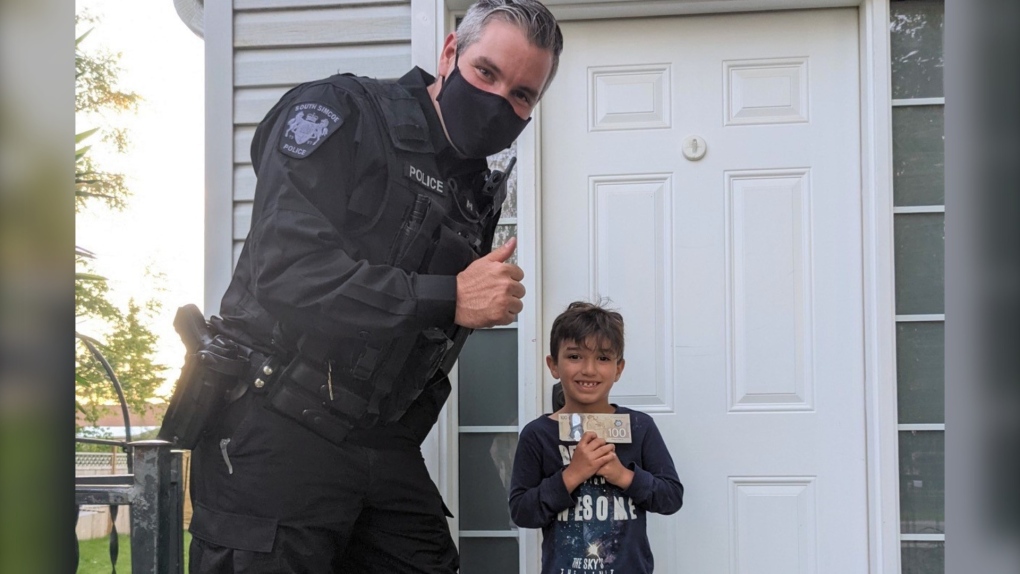 A police constable visited Oliver and rewarded him with the $100 bill for his honesty turning in the money that he had found so many months ago. (South Simcoe Police/SUBMITTED)
Barrie, Ont. -

Last fall, the Innisfil boy was in his schoolyard when he found a $100 bill.

Oliver took his find to the school office, who then turned the discovery over to the police.

According to the Police Services Act and South Simcoe Police policy, if any found property is not claimed by its lawful owner within 90 days, the person who found it can make an application to claim the property.

Since no one ever came forward looking for the lost money, South Simcoe Police decided they would put in an application as they knew just the right thing to do.

A police constable visited Oliver and rewarded him with the $100 bill that he had found so many months ago.

"Way to go, Oliver. We commend you for your honesty and integrity. You set a great example for others to follow," South Simcoe Police said in a release.