'I freaked out,' Barrie father of three wins twice on same lottery ticket 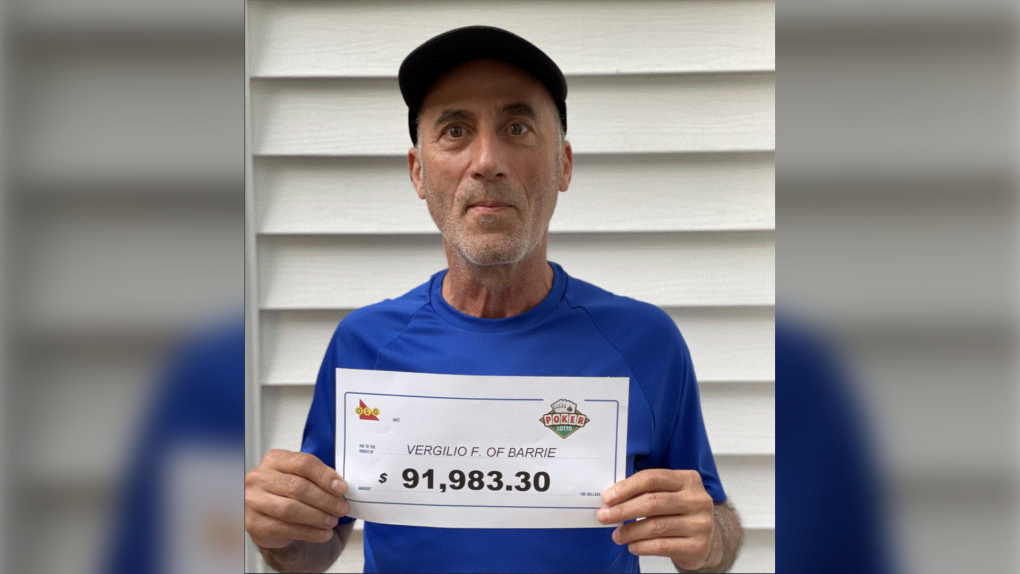 Vergilio Fiore, 63, of Barrie, Ont., hold his big cheque from the Ontario Lottery and Gaming Corp. after winning on March 17, 2021, with Poker Lotto All In. (OLG)
Barrie, Ont. -

A Barrie father of three is celebrating winning twice with his Poker Lotto All In ticket from March.

"This is amazing. I've never experienced anything like this before," he said.

The 63-year-old said he was at the store buying lottery tickets when he decided to play Poker Lotto All In. "The cashier told me I won, and I freaked out," he said. "I immediately called my wife and told her I won."

Fiore said he plans to spend his newfound winnings on something special for himself and his wife.

The winning ticket was purchased at the Circle K on Anne Street in Barrie.

For the first time, a pig kidney has been transplanted into a human without triggering immediate rejection by the recipient's immune system, a potentially major advance that could eventually help alleviate a dire shortage of human organs for transplant.