Game of paintball in public results in charges for Innisfil teen, Mississauga man 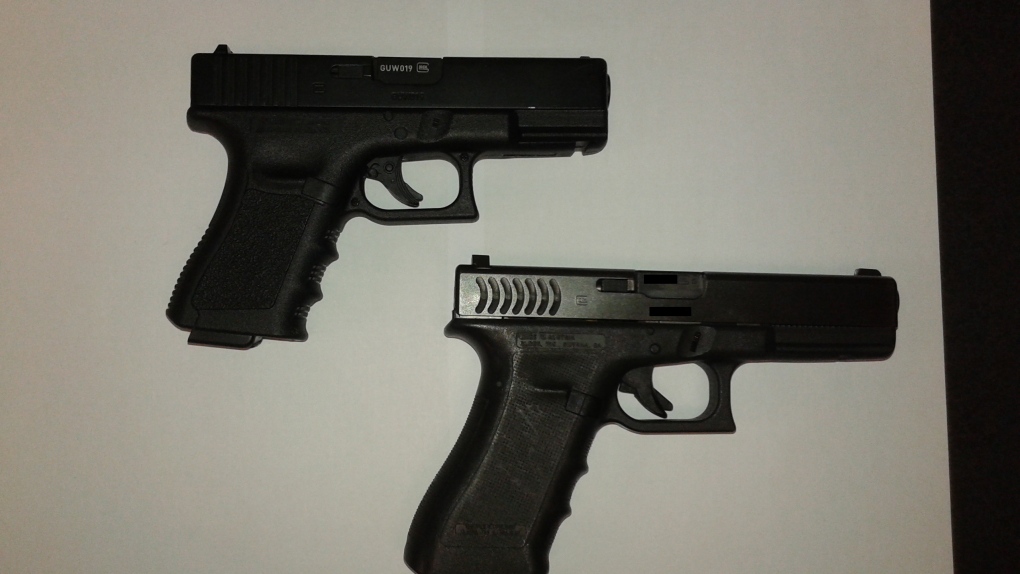 Police release a photo of a replica firearm next to a real firearm in this FILE IMAGE. (South Simcoe Police handout)
Barrie, Ont. -

Police charged a teen and an adult after reports of two males carrying guns and wearing masks and body armour in Innisfil.

Officers responded to the area of Shore Acres Drive and 20th Sideroad late Tuesday afternoon to find two suspects who were taken into custody without incident.

Police say the 17-year-old Innisfil boy and 24-year-old Mississauga man were playing paintball in a field before officers arrived.

They say they found multiple paintball guns, a plastic hunting knife, body armour and other paintball accessories at the scene.

Police charged the two accused with engaging in prohibited activity on premises under the trespass to property act.

Both were released at the scene.

South Simcoe Police advise keeping activities such as these in a paintball facility.

UPDATED | Ont. and Que. scramble to recover from thunderstorm that left at least 8 dead

The storm that moved across Ontario and Quebec Saturday is known as a 'derecho', a powerful kind of windstorm that is long lasting and far-reaching.

Russia is pressing its offensive in eastern Ukraine

Guests at an Indigenous-owned resort in B.C.'s Interior were evacuated Sunday morning and watched as firefighters tried to contain the flames that had engulfed the building's roof.