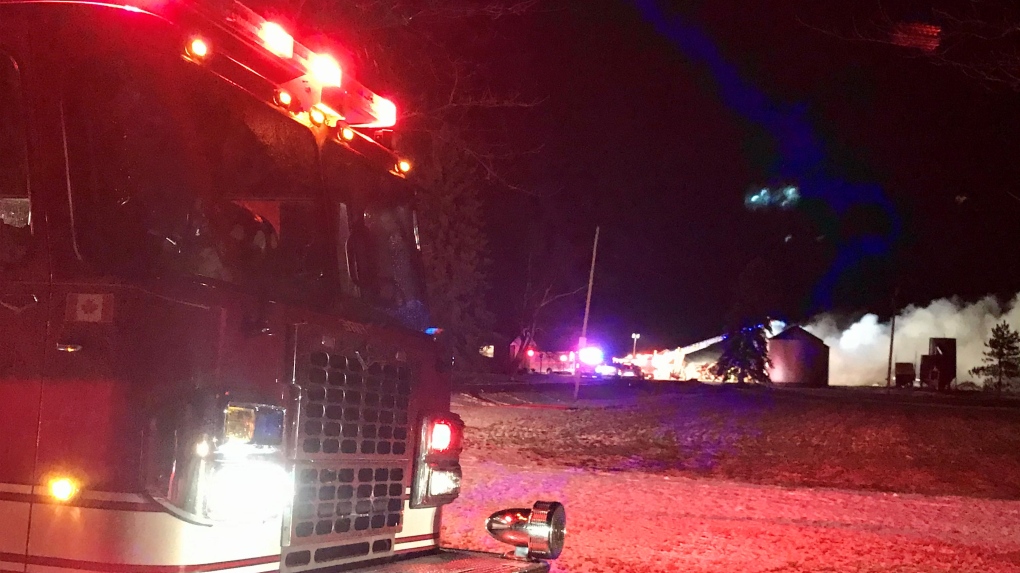 BARRIE, ONT. -- The cause of a barn fire in New Tecumseth is under investigation by the local fire department.

The fire broke out on Monday afternoon at the farm on the 11th Line in Beeton near the 20th Sideroad.

More than 10 units responded to the blaze, battling the fire for hours.

Officials said the barn had a large amount of hay and straw inside it, fueling the flames.

Luckily, no animals were in the barn at the time.

The fire chief said while there is no damage estimate available, the structure was a total loss.