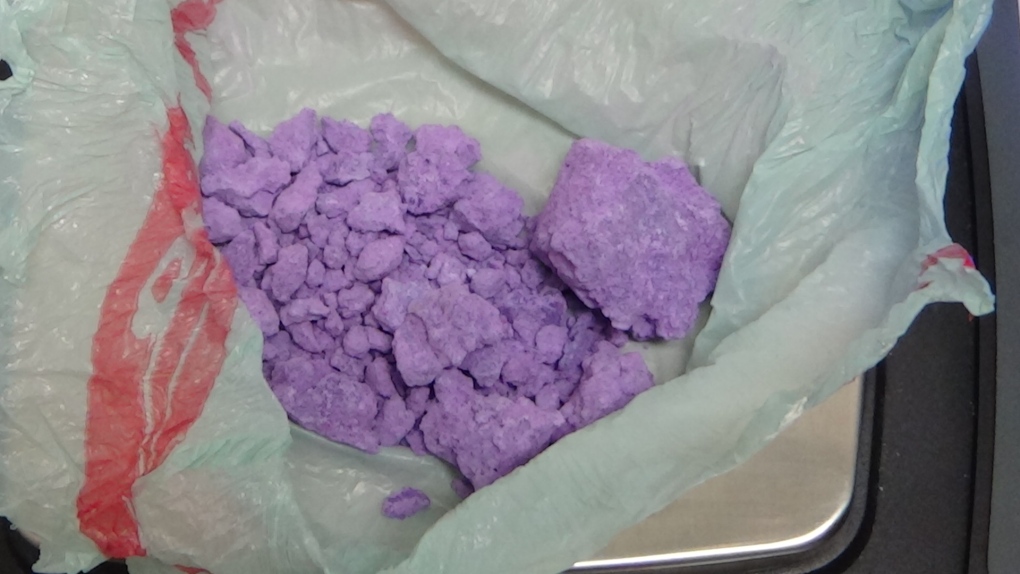 The Nottawasaga OPP Community Street Crime Unit seized around $8,000 in fentanyl during a drug-trafficking investigation in the Alliston, Ont., area on Sept. 10, 2020. (OPP)

BARRIE, ONT. -- The OPP says officers seized $8,000 in fentanyl, plus cocaine, drug paraphernalia and $5,000 cash during a raid in the Alliston area.

According to provincial police, a drug trafficking investigation was launched back in May that lead them to arrest an Alliston man last Thursday.

Police say the investigation is ongoing.

#OPPSTREETCRIME from #NottyOPP have arrested a 22 year old from #Alliston @NewTecumseth for drug-trafficking offenses. Police seized over $5,000, cocaine and fentanyl which were otherwise destined for distribution within our community. Report illegal activity to @CrimeSDM ^kv pic.twitter.com/Sy1mPsiwsv