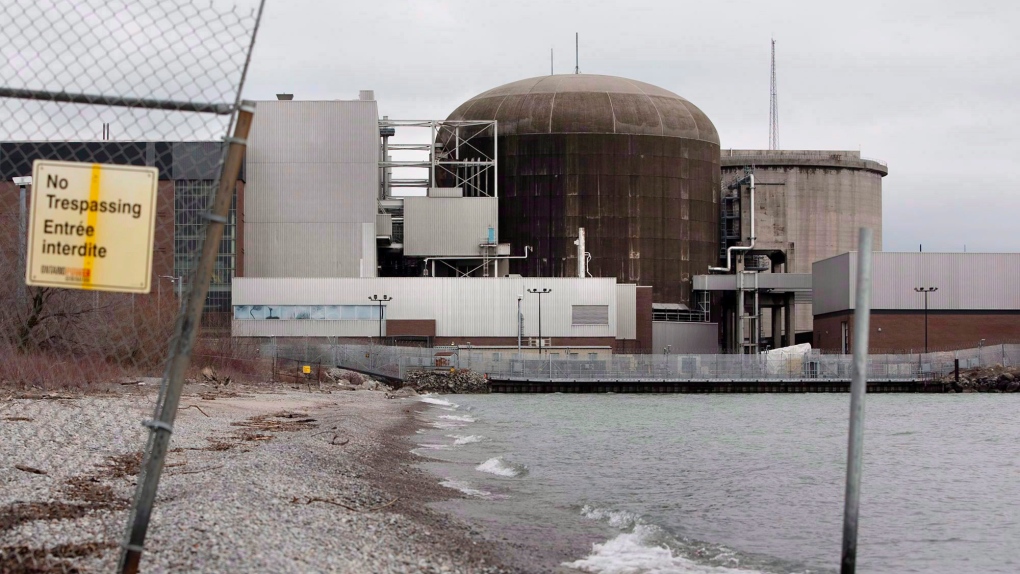 TORONTO -- The unintended release of an Ontario-wide alert about an "incident" at the Pickering Nuclear Generating Station on Sunday has sparked a provincial investigation amid questions regarding how such an error could happen and how such future mistakes can be avoided.

The province's solicitor general issued a statement Sunday saying the error occurred during a routine training exercise being conducted by the Provincial Emergency Operations Centre (PEOC).

The PEOC -- which is responsible for co-ordinating the provincial government's response to major emergencies --regularly conducts training exercises, but there was no intention to notify the public, Solicitor General Sylvia Jones said.

"The Government of Ontario sincerely apologizes for raising public concern and has begun a full investigation to determine how this error happened and will take the appropriate steps to ensure this doesn't happen again."

The mayors of Pickering and Toronto, which are neighbouring cities, said they were troubled that the alert, which was pushed to cellphones across the province at about 7:30 a.m., was issued in error during a routine training exercise.

"While I am relieved that there was no actual emergency, I am upset that an error such as this occurred. I have spoken to the province, and am demanding that a full investigation take place," Pickering Mayor Dave Ryan said in a tweet.

Toronto Mayor John Tory tweeted that he also wanted a full investigation "into why this error occurred because there are far too many unanswered questions."

Ontario Power Generation, which oversees the Pickering plant, sent out a tweet about 40 minutes after the emergency alert saying it was a mistake. A follow-up alert was sent to cellphones nearly two hours after the original notification, and about an hour after the OPG tweet.

"There is NO active nuclear situation taking place at the Pickering Nuclear Generating Station," the alert said. "The previous alert was issued in error. There is no danger to the public or environment. No further action is required."

Still, some residents who awoke to the alarming news sprung into action in the time it took the government to send the update that the alert was an accident.

Jim Vlahos, a 44-year-old father of two in Toronto, awoke to the alert and quickly made a hotel reservation roughly 130 kilometres away in Niagara Falls. He said he figured he would go as far west as possible and then cross the border.

"Having watched `Chornobyl' didn't help," he said, referring to the HBO show about the 1986 nuclear disaster in the Soviet Union. "The lack of communication following the alert didn't help either," he said.

"I have no problem leaving my phone on for these types of alerts," Vlahos said. "But I would expect some more info from the government so I wouldn't have to overreact the way I did."

OPG spokesman Neal Kelly said the public was never at risk and there was no radiological event at the nuclear plant, but he declined to comment on who authorized the alert.

"What I can tell you is that we're working with the province to investigate," he said.

"So we will determine over the coming days why that alert was issued."

The original alert warned that people within 10 kilometres of the facility east of Toronto of an unspecified incident, but it went to residents as far away as Ottawa.

A similar error occurred in Hawaii two years ago when a ballistic missile alert was sent in error about 8 a.m. on Jan. 13, 2018 -- a Saturday. State officials said the mistake occurred during a drill.

Terry Flynn, who teaches crisis communications at McMaster University, said there's a danger that this type of error will erode public trust.

"Whether it's a nuclear plant or it's a community flooding event, these systems are designed to help people make decisions that protect their health and safety.

"When we have continuous problems in these systems, then we have a lack of trust and people begin to ignore them. So that's the biggest fallout from this scenario."

Ted Gruetzner, a former vice-president of communications at OPG who now works at the private-sector firm Global Public Affairs, said such mistakes should be anticipated, but that precautions should be taken to prevent their inadvertent release.

The messages should be written in a way that clearly states it's a test, he added.

"I'm really surprised that wasn't on there."

In this case, the message was identified as an emergency alert from the Province of Ontario but read " there has been NO abnormal release of radioactivity from the station ... People near the Pickering Nuclear Generation Station DO NOT need to take any protective actions at this time."

Ontario doesn't have a co-ordinated IT system for emergency management, the auditor wrote. The province tried to implement one in 2009, but discontinued the project six years later, "having spent about $7.5 million without it ever going live."

Pickering has been operating since 1971, and had been scheduled to be decommissioned this year, but the former Liberal government -- and the current Progressive Conservative government -- committed to keeping it open until 2024. Decommissioning is now set to start in 2028.

It operates six CANDU reactors, generates 14 per cent of Ontario's electricity, and is responsible for 4,500 jobs across the region, according to OPG.

Ontario's debacle is not the first time a false emergency alarm has made headlines.

The U.S. Department of Homeland Security's inspector general recommended changes to the emergency alert system in the United States after Hawaii officials in 2018 mistakenly warned the public about a nonexistent incoming ballistic missile. An employee at the Hawaii Emergency Management Agency sent the missile alert to cellphones and broadcasters, triggering panic until the agency sent another message 38 minutes later notifying people it was a false alarm.

-- With files from The Associated Press

This report by The Canadian Press was first published Jan. 12, 2020.